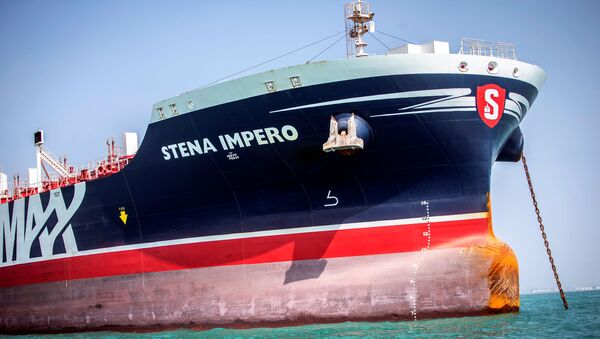 "The court hearing on this is almost finished, there are several small formalities that will be solved in the next few days and the ship will be released," Mousavi said.

According to the press attache of the Russian Embassy in Tehran, the shipowner insisted that 16 crew members must remain on board so that the vessel could leave the port after being released.

Stena Impero was seized by the Iranian Islamic Revolutionary Guard Corps in the Strait of Hormuz on 19 July over an alleged violation of international maritime rules. The move came two weeks after Iran's own Grace 1 oil tanker had been seized by UK marines over an alleged breach of the European Union's sanctions on Syria.