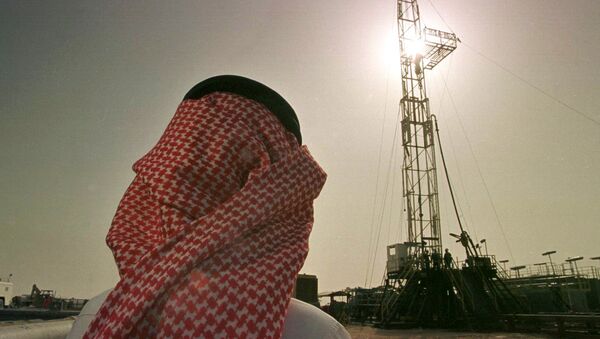 Prince Abdulaziz bin Salman the said the attacks have led to the interruption of an estimated 5.7 million barrels of crude, or about 50 percent of total company production, according to SPA.

The minister also explained that the explosions stopped production of an estimated 2 billion cubic feet of petrochemical compounds per day that are used to produce 700 thousand barrels of natural gas liquids, reducing the supply of ethane and other natural gases by some 50 percent, the SPA said.

Saudi Aramco, a state-owned fossil fuel giant, operates and controls the majority of the kingdom's refinery production and oilfields.

Fires hit the Abqaiq oil refinery, a gated production facility and living community in the nation's Eastern Province, as well as an oil-processing facility near the Khurais oil field, located 100 miles east of Riyadh, according to SPA.

According to a statement from the Houthi armed forces broadcast by Almasirah TV channel, the group attacked the Abqaiq and Khurais oil refineries with 10 drones, the biggest Houthi operation within Saudi territory to date, according to a spokesperson.

Crown Prince Mohammed bin Salman told US President Donald Trump during a Saturday phone call that "the kingdom is willing and able to confront and deal with this terrorist aggression", according to SPA.

US Secretary of State Mike Pompeo blamed Iran for the attacks on Saudi Aramco oil fields and urged the international community "to publicly and unequivocally condemn Iran’s attacks".

Tehran is reportedly expected to comment on the issue in the coming days.

Houthi armed forces previously carried out a drone attack on Riyadh's Shaybah oil field and refinery, prompting a counter-attack by the Saudis on targets in northern Yemen.

Yemen has since 2015 been engulfed in a war between government forces led by exiled President Abdrabuh Mansour Hadi and the armed Houthi political opposition faction.