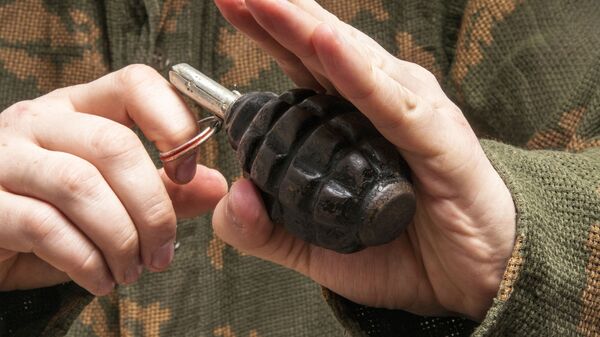 A young child caught the attention of more than just his friends after a teacher discovered the boy had a hand grenade in his possession.

Sweden’s national bomb squad was called to a preschool in Kristianstad after police responded to a report of a child with a suspicious object.

According to AFP, officers quickly determined it was a grenade and also discovered that the child had picked it up from the Rinkaby firing range, located outside of the city.

The preschool was promptly put on lockdown, and the immediate area surrounding the building was blocked off as the bomb squad neutralized the explosive.

"These are extremely dangerous things. If it had exploded when the children were around it, it could have gone really badly," responding officer Thomas Söderberg told Swedish newspaper Expressen. "The child in question probably thought it looked cool and wanted to show it off. As I understand it, the parents didn't know that they had the grenade at home.”

Police also told the Swedish outlet that judging by the appearance of the grenade before it was destroyed, it had been carried around and possibly hidden out of sight for some time.

"He had put it up on a ping-pong table. A member of staff came in and almost had a heart attack," Söderberg explained to Expressen, recounting the initial police call.