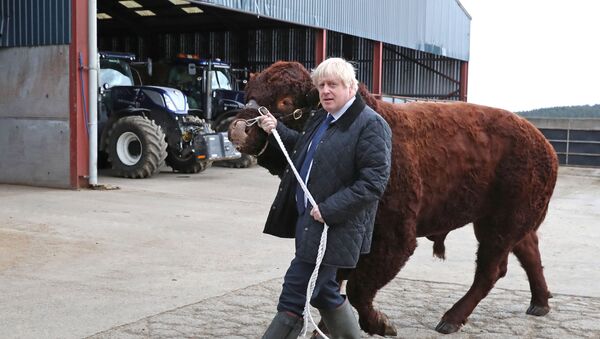 It's been a rollercoaster of a week for the British prime minister, following what was largely a successful August seeing a 10-point boost in the polls for the Conservative Party, the promise of wiggle room on the Withdrawal Agreement by EU leaders, and a trade deal assurance from US president Donald Trump.

Pressure is building on the British prime minister who has lost several key parliamentary battles recently. Perhaps as a consequence Boris Johnson has become prone to some of the gaffes and blunders that he his historically known for. Here are some of the latest quotes from the ever-colourful politician that have made international headlines during the week.

While facing a crowd of protesters on 3 September, the prime minister used his speech to warn lawmakers not to support moves to further delay Brexit. Government sources said Boris Johnson was not seeking to hold a general election on 14 October.

By Wednesday however and with defeat in parliament inevitable, the Prime Minister attempted to call an early general election.

“The shadow education secretary says that their economic policy is — and I quote Mr Speaker by your leave — ‘sh*t or bust’. I say it is both,” Johnson said, amid laughter.

He then went on to say that the country needs "sensible, moderate, progressive, conservative government and to take this country out of the European Union on October 31 and that is what we are going to do."

The quality of food in the UK has been a point of concern surrounding any post-Brexit trade-deal with the United States with chlorine-washed chicken often cited as an example of bad US-food hygiene.

But Johnson decided to use this to his advantage during a rant in which he boasted that Labour leader Jeremy Corbyn was in fact a "chlorinated chicken" following Corbyn's move to delay an early general election.

The insult inspired parodies online and a front-page in The Sun while fast-food chain KFC hit back at the Tories, tagging them on Twitter.

During the parliamentary debate on Wednesday, 4 September, Johnson mouthed to Corbyn that he was a "big girls blouse" for wanting to delay the election date.

This was immediately met with accusations of sexism, and hypocrisy on the part of the media which employed professional lip readers last year to decipher whether Corbyn had mouthed "stupid people" or "stupid women" at Theresa May.

'That is a signal to wind up'

During a speech in Wakefield, Yorkshire, Johnson talked of his plans for 20,000 new police officers against a backdrop of uniformed police.

The apparent show of strength by the PM was cut-short when a police women had to sit down after being forced to stand longer than expected.

The PM initially appeared stunned and quickly had to wrap up the event before asking if the officer was ok.

'I'd rather be dead in ditch'

While answering a question during the same speech in Yorkshire, Johnson declared he would rather be "dead in a ditch" than delay the UK's withdrawal from the EU.

He declined to say if he would resign following a delay.