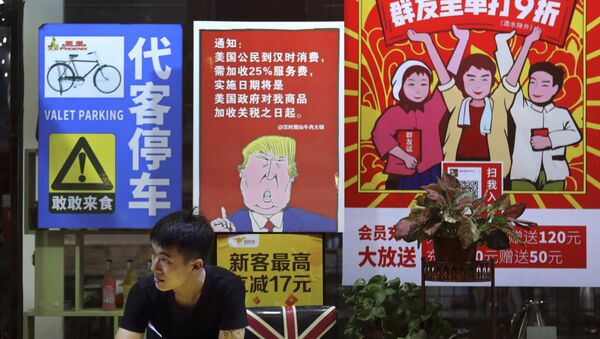 New Delhi (Sputnik): Amid rising fears of a global economic slowdown, India’s economy grew at its slowest pace in over six years during the second quarter of 2019.

Indian gross domestic product (GDP) grew by just 5% in the three months to June, according to government data released on Friday.

That compares with growth of 8% in the same quarter in 2018. It also represents a sharp drop from growth of 5.8% recorded the previous quarter.

The Indian Finance Ministry’s Economic Advisor K.V. Subramanian blamed the weak outturn on the slowdown in the global economy and rising protectionism, citing in particular the ongoing tariff dispute between China and the United States.

​The data also showed that investment demand remained lacklustre during the quarter with fixed capital formation up by just 4.0%. The general election campaign during April and May may also have some impact on growth as the government is barred from announcing new capital projects during an election campaign.

The data suggests that the manufacturing sector is in deep crisis, as it only expanded by 0.6 percent compared to 3.1 percent in the first quarter of 2019.

The country's automotive sector has been laying off thousands of contractual and casual employees in past few weeks amid concerns that the job losses could accelerate should the downturn continue.

"Declining savings especially household saving is a major challenge for the economy and is leading to structural growth slowdown...The government needs to address structural and cyclical issues to address the economic slowdown,” said Devindra Pant, the chief economist of India Ratings, an arm of Fitch Ratings.

In recent weeks, the Indian government has started taking steps to boost consumer demand and invite more investment from foreign portfolio investors by reducing additional surcharges on their income.

But Pant believes "these measures will play out only in the medium-term."

"There is no quick-fix solution to the downturn which has been in the making for past few years. Hence, the recovery will also take its own time but government and hasten the recovery by implementing the announced measures quickly and adding a few more, which could address both cyclical and structural issues," Pant added.