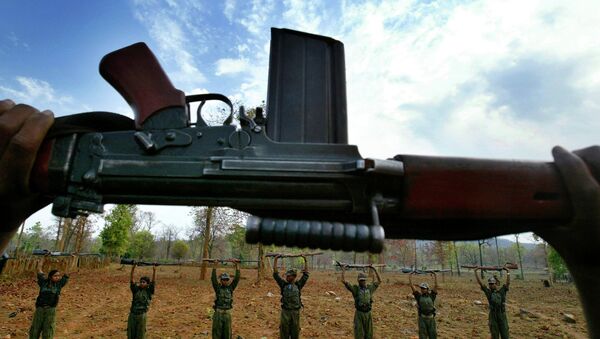 The three men allegedly surrendered before the Deputy Superintendent of Police of Paderu in the state’s Visakhapatnam district.

The Deputy Superintendent of Police informed the media on 28 August that the insurgents had earlier been engaged in an armed encounter with security personnel near Mandapalli village, news agency ANI reported.

On 17 August, three other insurgents, including a Division Committee Member (DCM) and two Area Committee Members (ACMs) of the rebel group surrendered before the Superintendent of Police in Visakhapatnam.

The so-called Naxalite insurgent movement began as an armed peasant revolt from the Naxalbari village in India’s West Bengal state in 1967. It has spread across vast areas of India, including the states of Odisha, Bihar, Bengal, Madhya Pradesh, Jharkhand, Chhattisgarh, Maharashtra, Andhra Pradesh, and Telangana.

The movement advocates overthrowing the government by force. The Indian government has described Naxalism as the biggest internal security challenge facing the country since independence from British colonial rule in 1947.