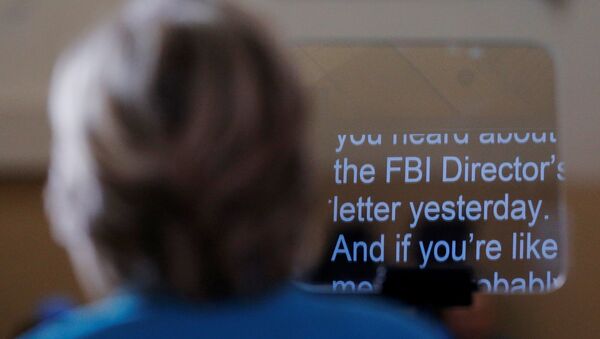 The US-based media outlet The Daily Caller revealed in 2018, citing a former intelligence official and government staff official, that a Chinese-owned company in the Washington DC area was able to obtain nearly all of Hillary Clinton's personal emails by using software embedded in her private server.

According to Fox News, senior Federal Bureau of Investigation (FBI) agents "seemed indifferent to evidence of a possible intrusion by a foreign adversary" into former Secretary of State Hillary Clinton’s non-government email server and that State Department officials allegedly sought to "downgrade classified material found on the server".

The US-based broadcaster cited a letter and interview transcripts sent Monday by the majority staff on the Senate Finance and Homeland Security and Governmental Affairs Committees to senior Senate Republicans, including Finance Committee Chairman Chuck Grassley.

"In August 2018, news articles alleged that a Chinese state-owned company hacked former Secretary Clinton’s nongovernment server and inserted code that forwarded nearly all of her emails to the foreign company", the letter said.

The Office of the Intelligence Community Inspector General (ICIG) was concerned by the revelations and officials drove over to the FBI to inform agents, Fox News said, citing a source briefed on the matter.

"The reporting indicated that two Intelligence Community Inspector General officials – Frank Rucker and Jeanette McMillian – discovered the code and brought the possible intrusion to the attention of the FBI", the letter said, cited by Fox News.

The FBI staffers, however, were "poker-faced" during the roughly hour-long meeting about the potential breach, even though both the CIA and the National Geospatial-Intelligence Agency (NGA) had "significant equities" in the information contained on the server, according to Jeanette McMillian, cited by Fox News.

Hillary Clinton, the Democratic candidate who ran against Donald Trump in the 2016 US presidential election, used a private server and email accounts for official business during her tenure as Secretary of State from 2009 to 2013, despite US regulations and established practice.

The FBI investigated Clinton over the matter and concluded that she did not intend to violate US laws. In closing the investigation in July 2015, the FBI recommended that no criminal charges be filed against Clinton. However, the FBI acknowledged that the former official was "extremely careless" in handling her email communications.

The bureau briefly reopened the investigation prior to the 2016 US presidential election due to newly-discovered emails that may have been pertinent to the case, but then closed the second probe, saying it stood by its earlier conclusion not to criminally prosecute Clinton.

According to Fox News, a comprehensive report into potential FBI and US Department of Justice (DOJ) misconduct during the Clinton probe is expected soon.