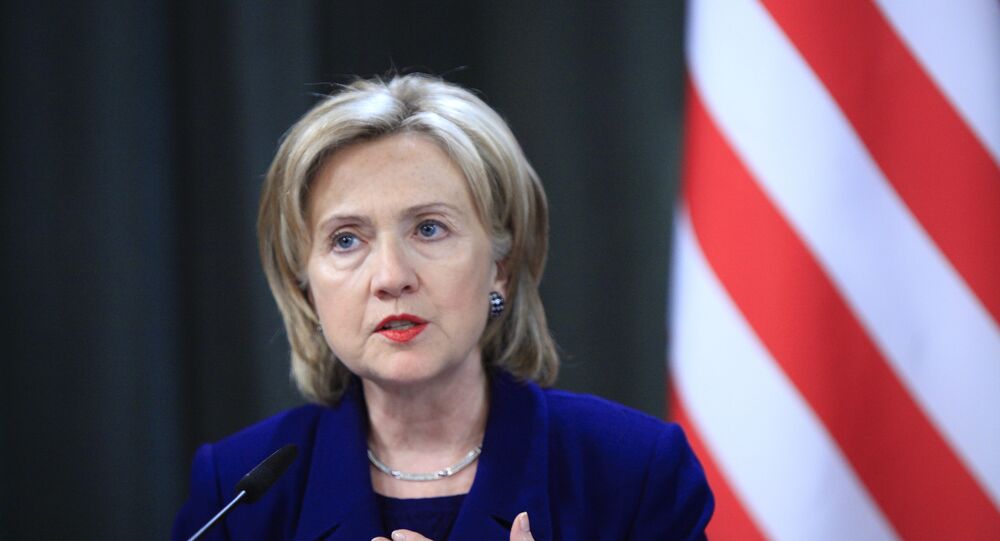 WASHINGTON (Sputnik) - Access to a classified annexe in a Department of Justice (DOJ) Inspector General report on the FBI probe of Hillary Clinton’s use of a private server is being sought by three senior lawmakers in the US Senate, Senator Chuck Grassley disclosed in a press release on Tuesday.

The senators resubmitted a classified request for a Justice Department briefing on the annexe, according to the release.

Former FBI Director James Comey closed the probe by concluding Clinton had been careless but did not commit any crime — especially concerning laws intended to protect classified information, and the FBI never saw the classified annexe to the Inspector General report, the release said.

© AP Photo / Andrew Harnik
Clinton Slams Trump's 'Cruelty' to Migrants, Instantly Reminded of Libya Crimes Online
Nevertheless, the resulting scandal over Clinton's use of a private server while serving as secretary of state arguably cost Clinton the presidency in the 2016 election.

Shortly after exonerating Clinton, the FBI launched a counterintelligence investigation of the Trump campaign over allegations of collusion with Russia.

The resulting appointment of Muller as special counsel concluded after an investigation lasting nearly two years that no collusion had taken place, according to US Attorney General William Barr.

Russian officials have repeatedly denied interference in the US political system saying the allegations were made up to excuse the election loss of Donald Trump’s opponent as well as deflect public attention from actual instances of election fraud and corruption.