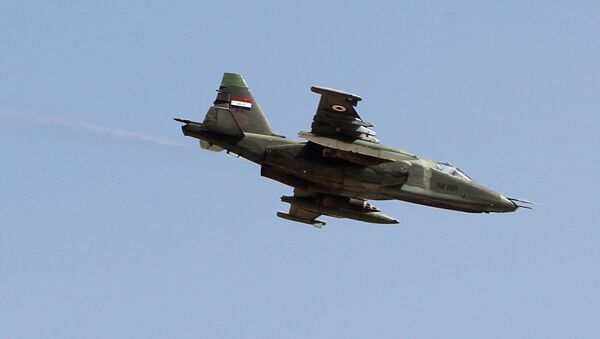 MOSCOW (Sputnik) - Iraqi Prime Minister Adil Abd Mahdi, following a mysterious blast that hit a munitions depot in Baghdad, has ordered the air defences to immediately bring down any aerial vehicle that will violate the country's airspace, the government’s press service said on Thursday.

The decision came after a blast hit the ammo depot in the Iraqi capital on Monday, leaving one civilian killed and dozens injured.

Though the causes of the explosion remain unknown, the incident has given rise to a number of theories, including that Israel might have been allegedly behind the airstrike on the depot belonging to the Iran-backed Popular Mobilization Forces.

The council also ruled that flight permits would now be issued exclusively by the commander-in-chief of the Iraqi Armed Forces, i.e. Mahdi, or officials authorized by him.

"All authorities are required to comply with this order. Any flights that violate this regulation will be considered an aggression, which our air defence will immediately respond to", the statement added.

It is noteworthy that the decision also comes amid the Turkish Air Force's regular raids against the Kurdistan Workers Party’s positions in Iraq, which the latter has repeatedly slammed as an assault on its sovereignty.