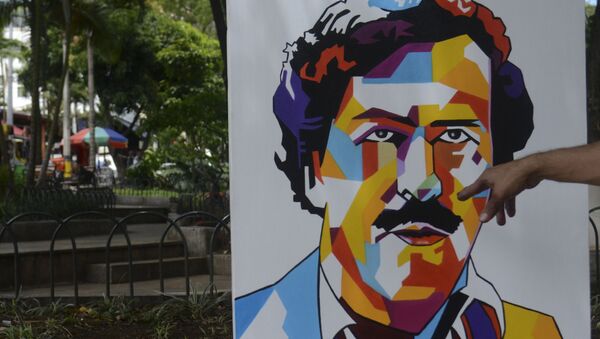 Zara Muradyan
All materials
The widow of the infamous drug kingpin recalls in her new memoir that Pablo Escobar's brief time in politics — namely his election to the lower house of Colombia's Congress — was among the happiest memories of her 17-year marriage with the head of the Medellin Cartel.

Being Colombia's "king of cocaine" was not enough for Pablo Escobar — the notorious drug lord dreamed of becoming the Latin American country's president, his widow Victoria Eugenia Henao claims in her memoir, whose excerpts have been published in The Sunday Times.

"Honey, get ready to be the first lady... the doors of the presidential palace are going to open to us", El Patrón told his wife when he was elected as an alternative member of the Chamber of Representatives of Colombia in 1982.

Henao, who met Escobar when she was just 12 years old, while the late drug kingpin was 23, recalled that she had purchased an expensive velvet Valentino gown for her husband's swearing-in ceremony.

"I started looking for the best consultants on protocol and public image... imagined I might find myself traveling around the world as the wife and companion of Congressman Pablo Escobar", she penned. 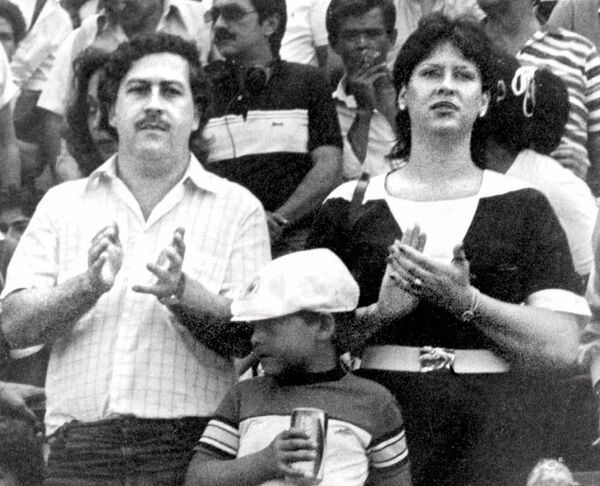 He lost his seat two years later, after then-Colombian Justice Minister Rodrigo Lara Bonilla exposed him as a drug baron — and was eventually shot dead.

"All of our lives, including those of the family, Pablo's lovers, and indeed the entire country, would be changed abruptly and forever on the night of April 30, 1984, when hitmen assassinated the minister of justice, Rodrigo Lara Bonilla, in Bogota, apparently on my husband's orders", she recalls, adding that following the incident, Escobar's political career slowed down, and the government issued an arrest warrant with an eye to extraditing him to the US.

As a result, the country plunged into a large-scale "narco war", with thousands being killed on Escobar's order. The narcotrafficker was always on the run or in hiding, which eventually led to the family's separation in September 1993 — just 75 days before he was killed in a rooftop shootout as he tried to escape from Colombian forces.

Despite all the violence she'd seen, Victoria wrote that Pablo was "the first and only love of [her] life", and that everything she endured, including death threats, kidnapping attempts on their children, affairs, and exile, was for love.

Having started off as a low-level drug smuggler, Pablo Escobar built a whole empire by having a rival Medellin drug lord murdered and taking his spot. He quickly expanded the Medellin cartel, which peaked in the 1980s — it was earning $4 billion a year, controlling as much as 80 percent of the cocaine supply to the United States.