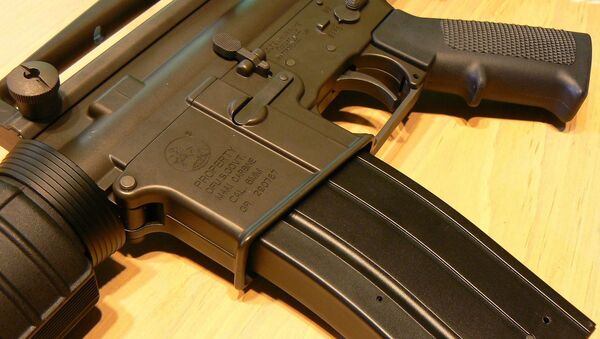 An Illinois mother is seeking justice after she says her pre-teen son was shot and had his kneecap shattered during a botched SWAT raid on their home earlier this year.

Crystal Worship filed a lawsuit on Thursday in the Cook County Circuit Court against Country Club Hills and Richton Park Police Departments, as well as several officers, after a SWAT team raid ended in gunfire.

The lawsuit alleges that at around 5 a.m. on May 26, almost two dozen SWAT officers with “army fatigues with black cloth covering their faces and wearing goggles” broke into Worship’s family home while Worship, her boyfriend Mitchell Thurnam and her three sons, aged 12, 13 and 18, were asleep in their beds.

Officers from both police departments were executing a search warrant they received for Thurnam on charges of drug possession and possession of weapons with an expired Firearm Owner’s Identification card.

“Then the next thing you know we hear, ‘Police, police!’” Worship told CBS Chicago in an interview prior to her court filing. “Then we hear the flash bangs.”

The lawsuit says that a number of officers entered the boys’ bedroom, shouted “commands at them,” and instructed Amir, 12, to sit on his brother’s bed. An officer also ordered him to “put his shoes on.” Following the command, the cop snatched the shoes back and “asked which pair of shoes in the room were his” before inspecting the inside of a shoe with a flashlight.

In the process of giving Amir his shoes and storing his flashlight, “the officer quickly moved his right hand back to the handle and trigger of his rifle, grabbing it and firing it.” A bullet struck Amir’s leg.

Naturally, Amir began to yell and alerted his mother, who was immediately restrained by an officer who allegedly held her by the back of her neck.

“Mom, they shot me!” Amir screamed, according to court documents. “I can’t move it.”

Though Worship was not the subject of the warrant, she was taken to the police station along with her boyfriend and was denied the right to go to the hospital with her son. It would later be determined by medical officials that Amir’s kneecap was shattered in the shooting, an injury that required surgery.

“This case represents a textbook example of why officers should not aim their guns at children,” Al Hofeld Jr., the mother’s attorney, said during a news conference on Thursday. “Assuming this was not an intentional act, there is still no possible professional reason or excuse for what this officer did.”

Worship is seeking $50,000 in damages for assault, battery, false imprisonment, alleged negligence and willful and wanton conduct. Worship told CBS Chicago that her son, whom she sent off to live in Texas, is now incredibly fearful of law enforcement and has a long road to recovery.

The charges against Thurnam were dropped several weeks later.