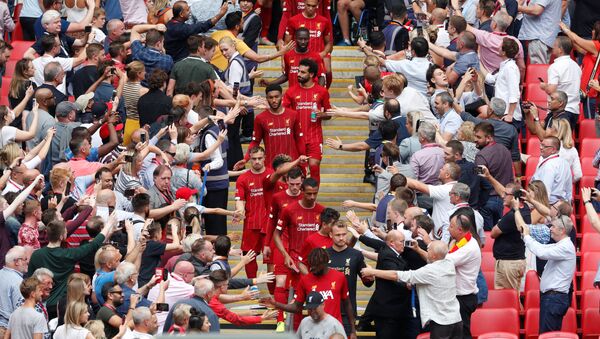 The FA Community Shield match brought Man City and Liverpool together on the pitch one more time this year to give the Reds a second chance to defeat their Premier League rivals. The match ended in a 1:1 tie, but Manchester secured their title in the penalty shootout, where the Sky Blues defeated Liverpool 5:4.

Fans of Manchester City and Liverpool staged a mass brawl in the London Underground on the eve of the Community Shield final.

The brawl began on the platform at Portland Street station, then the conflict continued in the carriage with the doors blocked from closing. No casualties were reported.

London police announced the start of an investigation into the incident. None of the participants of the clash was detained.

Liverpool and City fans in good spirits ahead of the #CommunityShield pic.twitter.com/WpknyCIlxM

​The Football Association (FA) Community Shield is an annual association football (soccer) match played between the winners of the  season's Premier League and FA Cup. Manchester City won both competitions in 2019, so they went to the pitch to face Liverpool again, as their opponents were the runners-up in both 2018 and 2019.