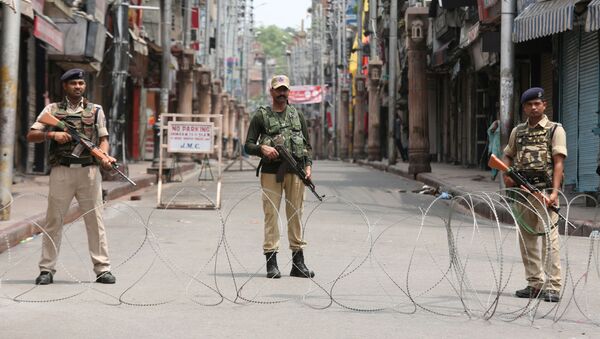 New Delhi (Sputnik): The Indian government’s move to revoke the controversial Article 370 would complete the integration of Jammu and Kashmir into the Indian Union.

The important provisions of the proposed legislation are:

The statement of Objects and Reasons of the legislation also specifies that the state be divided – the mountainous region of Ladakh would be split from the rest of Kashmir and Jammu region and form a separate territory under federal administration. However, Jammu and Kashmir territory would have an elected legislature.

Moving the legislation in the upper house of Parliament – the Council of States, India's Home Minister Amit Shah said that the splitting of the state was necessary due to the “prevailing internal security situation, fuelled by cross-border terrorism".

The existing provisions of Article 370 of the Indian Constitution: