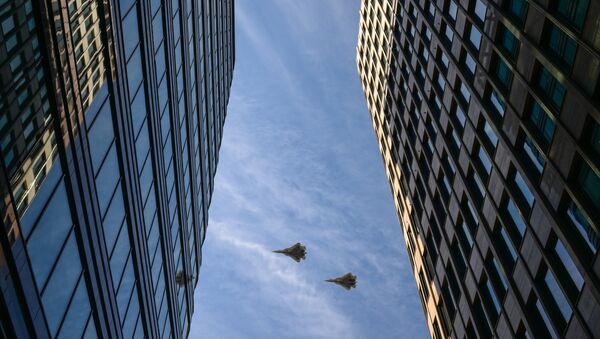 MOSCOW (Sputnik) - The Su-57 fifth generation fighter will be shown for the first time as an open static exhibit at the MAKS-2019 air show, the United Aircraft Building Corporation (UAC) said.

“The static exposition of the MAKS-2019 air show will feature the Su-57 fifth-generation fighter”, the UAC press service said. According to the press service, the Su-57 will also take part in a flight program during the airshow.

Russia's Sukhoi Aircraft Company has recently begun to mass produce Su-57 fighters under a contract on the supply of 76 aircraft for the Russian Aerospace Forces.

The Su-57 (formely known as PAK FA or the T-50) is a single-seat twin-engine jet featuring stealth design, super maneuverability, supersonic flight capability, as well as advanced radar and electronics. The aircraft made its maiden flight in 2010.

The biennial MAKS Airshow event will be held at the airfield of the Gromov Flight Research Institute in the town of Zhukovsky, outside Moscow, on 28 August - 1 September.