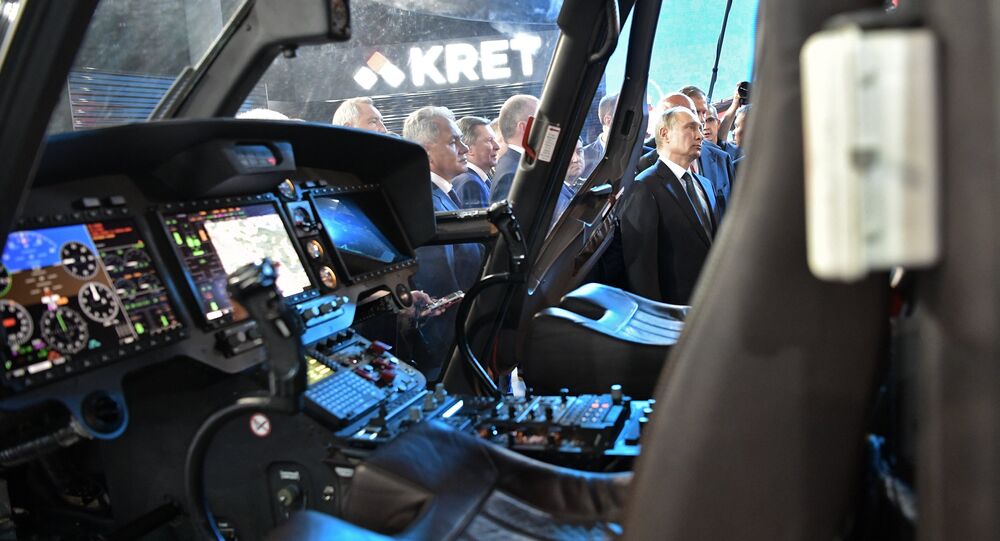 According to Rostec, a state-owned holding company that is heavily involved in the Russian defense sector, plans to change the venue for the International Aviation and Space Salon MAKS, Russia's biggest air show, are being discussed.

MOSCOW (Sputnik) – Plans to change the site for the International Aviation and Space Salon MAKS are being discussed, and the decision is expected to be made by the Russian President and the government in the near future, a spokesperson for the Russian state-owned company Rostec told Sputnik Monday.

"Such plans are indeed being discussed. The decision is made by the President and the government. In the near future, we are waiting for the official order on exhibitions of military products for 2018-2019, where the sites will be determined, including for MAKS," the spokesperson said.

© Sputnik / Iliya Pitalev
Final Day of International MAKS Air Show in Russia (VIDEO)
MAKS, one of the world's largest aviation shows, was established 25 years ago. MAKS-2017 was held on July 18-23. Rostec CEO Sergey Chemezov said on the sidelines of the show that the exhibition was most likely taking place in Zhukovsky for the last time.

Earlier in the day, Russia's Kommersant newspaper reported, citing sources, that President Vladimir Putin had agreed not to move MAKS from the airfield in Zhukovsky, 40 km (25 miles) south-east of Moscow, to the Kubinka Airfield, which is under the authority of the Russian Defense Ministry.

According to the media outlet, the initiative to replace MAKS was unveiled by the Defense Ministry in February 2016; however, during the latest air show a number of pilots asked Putin not to adopt this initiative.

The Ministry of Industry and Trade noted that these Defense Ministry facilities must meet certain requirements for international air shows. Kubinka Airfield needs to be significantly reconstructed in order to hold such large-scale events as MAKS, the publication said.