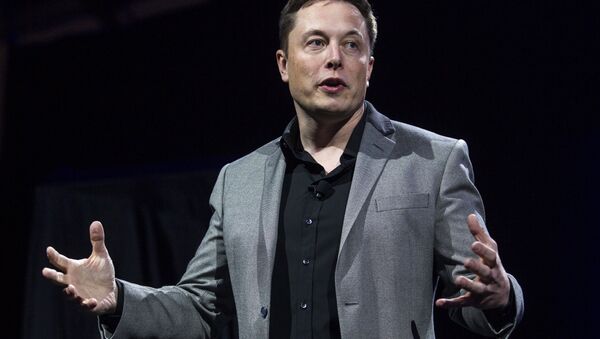 Zara Muradyan
All materials
The multi-tasking CEO has revealed plans for the future of his tunnelling start-up in Asia just as the year-long trade dispute between China and the United States took a new turn earlier this week.

Businessman and inventor Elon Musk will soon launch a China unit for his "Boring" underground tunnelling company, he said on Twitter.

He was, in fact, replying to one of his followers' tweets, which said that the entrepreneur would attend the World Artificial Intelligence Conference of 2019 in Shanghai later this month.

Will also be launching The Boring Company China on this trip

Another Twitter user chimed into the conversation to ask whether the California-based company would also drill underwater tunnels — and Musk replied in the affirmative.

The news comes amid trade tensions between the United States and China after President Donald Trump promised to introduce additional tariffs on Chinese goods starting 1 September, while Beijing vowed to retaliate.

Musk founded The Boring Company in 2016 after a tweet confirming that he would start boring tunnels to avoid traffic. The businessman was the first to come up with the Hyperloop system, which envisages mass transportation at high speeds.

Nearly three months ago, the tunnelling and transportation venture landed its first commercial contract to build and shuttle people in an underground Loop system around the Las Vegas Convention Centre. The construction of this underground "people mover" apparently involves building two separate tunnels: one for vehicles and a second tunnel for pedestrians who will supposedly be carried in Tesla cars.