The American billionaire, who served 13 months in prison in 2008 on prostitution-related charges involving underage girls, dove into the spotlight last month after he was arrested on charges of sexually abusing minors in the early 2000s - an allegation he has denied.

The New York Times reported, citing four unnamed sources, that multimillionaire and convicted sex offender Jeffrey Epstein had a bizarre plan: he allegedly wanted to spread his DNA across the human race by impregnating 20 women at a time at his huge New Mexico ranch.

The 66-year-old financier, who was arrested last month on sex trafficking charges, is said to have contacted multiple outstanding scientists, including the late theoretical physicist Stephen Hawking, to discuss his purported scheme, which dates back to the early 2000s.

According to the NYT, Epstein was into the so-called transhumanism, a scientific concept which aims to improve the human race through genetic engineering and artificial intelligence (AI).

While he has reportedly discussed his dream to have dozens of women inseminated with his sperm with many people, there's no evidence that it ever came to pass. 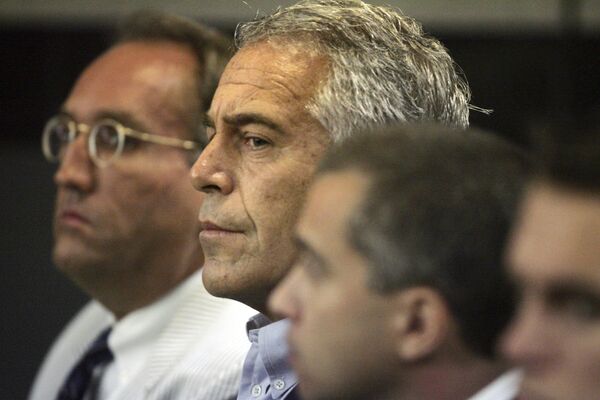 But the story gets even weirder: one "adherent of transhumanism" even claimed that Epstein was fascinated by cryonics, an unproven science in which a person's body is frozen in order to be brought back to life in the future. The unnamed source alleged that Epstein wanted his head and penis to be frozen.

Representatives of Epstein did not respond to the NYT's requests for comment.

The financier was arrested in early July over multiple allegations of child sex trafficking and is accused of sexually assaulting over 30 girls as young as 14 years old. Prosecutors allege Epstein lured underage girls to sex parties in his New York mansion and his estate in Florida. The billionaire pleaded not guilty, but if convicted, he faces up to 45 years in jail.