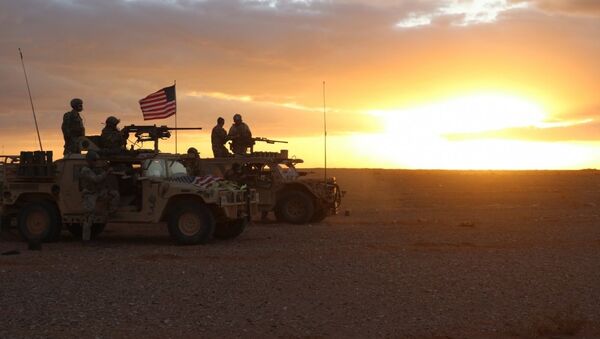 During the war in Syria, the Russian Ministry of Defence repeatedly accused the US-led coalition of using US-controlled base camps to train jihadist militants being reorganised into the so-called 'New Syrian Army'. Syrian and Iranian officials have similarly accused Washington of shady dealings with Syrian jihadist groups.

US-affiliated forces in Syria have 'hijacked' the illegal oil trade from Daesh (ISIS),* Col. Gen. Sergei Rudskoy, chief of the Main Operational Directorate of the Russian General Staff, announced in a Monday briefing.

According to the senior officer, in addition to their criminal enterprises, US-trained militants have been training to destroy oil and gas infrastructure and to organise attacks against Syrian government forces.

Col. Gen. Rudskoy accused the US of providing various Arab and Kurdish militias with arms in exchange for assistance in the illegal trafficking of Syrian oil to the East of the Euphrates. Specifically, Russian intelligence has accused US-controlled entities of organising the illegal production and sale of Syrian oil from the al-Omar, Conaco and Tanak oil fields on the Euphrates River's east bank.

The Russian General Staff also reiterated Monday Moscow's previous charges against the US over civilian deaths and suffering at the Rukban refugee camp, situated near the US military base at al-Tanf in southern Syria near the Jordanian border, saying the US side has done nothing to resolve the humanitarian crisis. 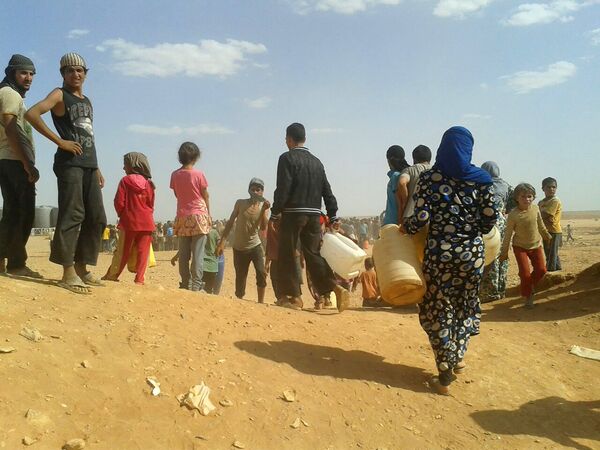 Furthermore, Col. Gen. Rudskoy reported that "US-trained saboteurs" have been sent from al-Tanf to other parts of Syria to try to destabilise the situation in the country as a whole. This includes training of a 'major armed unit' of Jaish Magawir al-Saura militants in the 55 km zone surrounding the al-Tanf base.

Separately, Rudskoy reported that terrorists have continued their attempts to organise attacks against Russian forces at the Khmeimim Air Base in Latakia, where the limited Russian military contingent in Syria is situated.

"Terrorists keep trying to organise attacks on the Khmeimim Air base. To do this, they are using multiple rocket launcher systems and unmanned aerial vehicles," the officer explained.

Rudskoy noted that Russia has reduced its air operations in Syria "to a minimum," and is now focusing on combat training and reconnaissance activities. 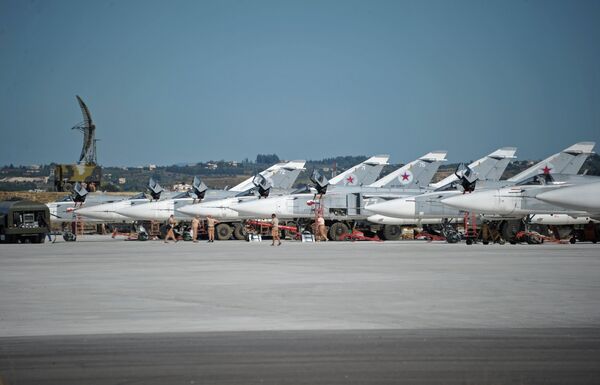 Su-24 bombers of the Russian Aerospace Forces at the Khmeimim airbase in Syria.
© Sputnik / Dmitriy Vinogradov
/
Go to the photo bank

Russian military intelligence also specified that over 300 terror attacks have rocked areas of Syria under US and US-led coalition control near the Euphrates between June and July, killing an estimated 225 people, including 205 militants from the Kurdish-led Syrian Democratic Forces coalition and 20 civilians.

Rudskoy also reported that Russia and Turkey have increased their cooperation in the discovery and destruction of militant weapons and equipment warehouses.

According to the Russian military's figures, militants in the Idlib de-escalation zone in northern Syria have killed as many as 110 Syrian servicemen and 65 civilians in attacks and shelling in the territory over the past four months.

The foreign-backed civil conflict in Syria began in 2011 during the so-called Arab Spring series of protests rocking the Middle East. The war has left up to 570,000 people dead and much of the country in ruins. In 2014, the Daesh terror group proclaimed a 'caliphate' over wide swathes of Syria and Iraq. In late September 2015, Russia announced a military operation in support of the Syrian government in its fight against terrorism. Syria and Iraq officially proclaimed victory over Daesh in late 2017 after driving the group back with the help of their respective allies. Most of Syria has returned to Damascus' control, with a ceasefire in deescalation zones across the country guaranteed by Russia, Iran and Turkey. Much of the country's northeast remains under the control of US-backed Syrian Kurdish forces, and US troops remain based in these areas, as well as in southern Syria, despite President Donald Trump's earlier promises to withdraw them after Daesh's military defeat.

*A terrorist group responsible for multiple terrorist attacks throughout the world, and outlawed in Russia and many other countries.