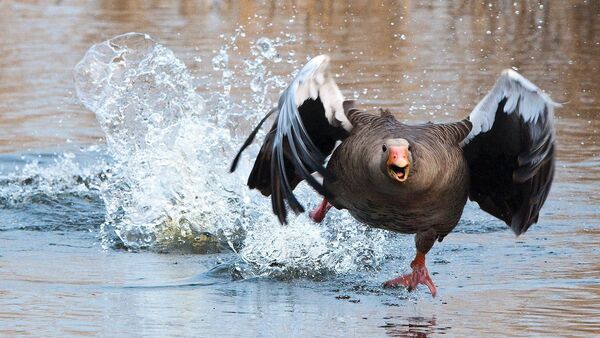 According to Danish socialists, foie gras, which involves overfeeding birds to the point where they develop fatty liver disease, is “a dish for the upper classes”, and its production is tantamount to animal cruelty.

“It is one of the most barbaric ways food can be produced. These birds are treated very badly, and we don’t think it’s okay”, SF food spokesperson Carl Valentin said, as quoted by the newspaper Jydske Vestkysten.

In calling for a comprehensive ban, Valentin cited his home country Denmark as an example.

“Danes have actually already morally rejected this to a large extent. Consumption is falling fast and production is already illegal in Denmark. That’s why we’re focusing on this issue”, Valentin continued.

Valentin termed foie gras, a delicacy made of goose or duck liver, a “dish for the upper classes”.

“The reason I mention the upper class is that this is very much a dish for the upper classes. I think it’s sad that there’s so little focus on animal welfare and more thought goes to pleasing taste buds than protecting animals", the SF spokesperson said.

Valentin admitted that a sweeping ban will take some time to reach and demands some “cultural barriers” to be broken. Still, he suggested, it has to be done to prevent animal abuse.

​Tweet: “About foie gras, it's really simple. Stopping animal suffering is more important to SF than satisfying the upper-class's taste buds. Forced feeding is a horrendous experience for the birds, which is why we want a ban on forced feeding throughout the EU”.

Foie gras production involves overfeeding geese and ducks through a feeding tube, known as a gavage, for the last two weeks before slaughter. Being force-fed several times a day in the absence of gag reflex in waterfowl, the birds develop fatty liver disease, with the organ expanding to six to ten times its normal size.

At present, 90 percent of the world's foie gras now comes from geese, rather than ducks, which was previously the preferred bird of choice.

The EU produces approximately 95 percent of the world's foie gras. While France, where the dish originated, leads in both production and consumption, the foodstuff is also made in Hungary, Spain, Belgium, and Bulgaria.

Although production of the delicacy is banned in Denmark, importing it is not, as such a ban would contradict European Single Market laws.