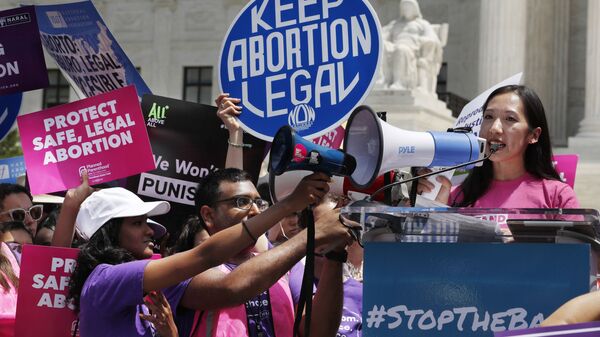 © AP Photo / Jacquelyn Martin
Subscribe
International
India
Africa
The president of Planned Parenthood, Leana Wen, the first physician to head the US-based women’s health care group in 50 years, was forced out of her job on Tuesday by the organization’s board in a dispute over her controversial management style, local media reported.

Planned Parenthood’s board met in emergency session earlier in the day and approved Leana Wen’s immediate departure just eight months after she took over the position, The Washington Post reported.

According to WaPo, citing sources familiar with the matter, Wen had tried to refocus the organization’s mission and image as a health provider offering a wide array of services, including abortions. Wen also reportedly replaced a number of the organization’s top officials with people who supported that approach.

“I am leaving the organization sooner than I’d hoped because of philosophical differences about the direction and future of Planned Parenthood [...] The new board leadership has determined that the priority of Planned Parenthood moving forward is to double down on abortion rights advocacy”, Wen said in a statement.

My statement stepping down as President/CEO of @PPFA and President of @PPAct. pic.twitter.com/WJ3EBgJIAy

Planned Parenthood confirmed Wen's departure in a news release later on Tuesday, announcing that Alexis McGill Johnson, co-founder of the anti-bias research group Perception Institute and a Planned Parenthood board member, will temporarily replace Wen until a new president is selected.

The news comes amid pressure from a Trump administration decree that reportedly took effect on Monday that strips Planned Parenthood and other the US-based abortion providers of federal funding for family planning.

Wen slammed the change as "devastating", adding that the rule lets US authorities "censor our doctors and nurses from doing their jobs".

Announced in February, the move largely restored a rule that was created in 1988 and upheld by the US Supreme Court in 1991, only to be suspended by the Clinton administration in 1993.

The rule was reportedly intended to help Trump fulfill a 2016 presidential campaign pledge to end federal support for Planned Parenthood, ensuring that taxpayer money does not fund or subsidize abortions.

According to Reuters, critics said enforcing the rule would cause irreparable harm by keeping clinics from providing critical healthcare, including non-abortion services, especially to poor people and minorities.

Abortion is a legal and safe medical procedure. US federal laws prohibit, however, the use of taxpayer funds to pay for abortions except in cases of rape or incest or to save the life of the woman.