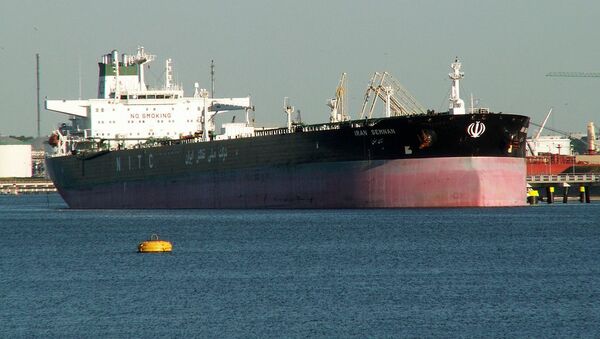 CC0 / /
Subscribe
The United States is considering the possibility of imposing sanctions on China due to its importing Iranian oil. In June, China imported more than one million barrels of Iranian crude despite Washington not extending the grace period during which countries can buy Iranian oil without fear of being hit by US sanctions.

000000
Popular comments
The theory supposed has two major flaws if in the current quarter there was a over supply of say 900,000 barrels a day Which corresponds to Irans export volume. Then if Iran exports were halted the market price would remain relatively stable and certainly not lower but in fact likely somewhat higher. If the US increased production which on current reports of difficulties is highly unlikely. It would lower the price but then Russia and Opec nations would cut back production by 1 million barrels a day pushing the price back up again ! Which spread over four main producers is only 250,000 barrels a day which is only 2.5% of Russias current production. Making those theories in the article "delusional". Besides costs are starting to rise again for shale extraction and the massive negative impact on the environment. Toxins are flooding into dissapearing underground water levels destroying farms all over the US. Many major producing ranches are up for sale as water levels are dissapearing and becoming toxic. Its Shale production is very much at a crossroads of being severely restricted by likely 5 million barrels a day. Thats why the US wont quit the middle east despite massive liquidity issues and debt problems. One can only gasp at the moronic state of the political elite who continously bite their nose to spite their face. In summary the real objective is to take down another growing global power to stop the US from losing any of its dominant market share.