In April President Donald Trump announced there would not be an extension of waivers from sanctions targeting Iranian oil for China, India, Japan, South Korea and Turkey, after which they could face US sanctions themselves.

An Iranian oil tanker, The Salina, docked at China’s Jinxi Refining and Chemical Complex near Beijing this week, apparently defying US sanctions on Tehran's exports, reports The Washington Times, citing data it claimed was from TankersTrackers.com.

Bourse & Bazaar, the website that tracks economic developments in Iran, reported the shipment referencing logs that showed a medium-sized Suezmax vessel belonging to the National Iranian Tanker Company leave the Iranian terminal on 2 May and arriving on 20 June near the port of Jinzhou near Beijing.

Several more tankers are reportedly expected to bring oil shipments to China in the next few weeks.

China has not commented on the media reports so far.

The Iranian oil tanker is thus reported to have embarked on its shipment of oil to China on 2 May - the day when exemptions for countries still buying oil from Iran were set to expire. Earlier, in April, US President Donald Trump had announced there would not be an extension of waivers from sanctions for China, India, Japan, South Korea and Turkey, after which they could face US sanctions themselves, as part of his maximum pressure campaign on Tehran.

China has long been one of Iran’s biggest oil customers, and Beijing has continued to support the 2015 nuclear deal with Iran that President Trump scrapped last year.

The developments come against the backdrop of the G20 summit in Japan, where US President Donald Trump and China’s leader Xi Jinping are scheduled to meet on Saturday, with Iran and the raging trade war between the two countries likely to dominate the agenda of talks. 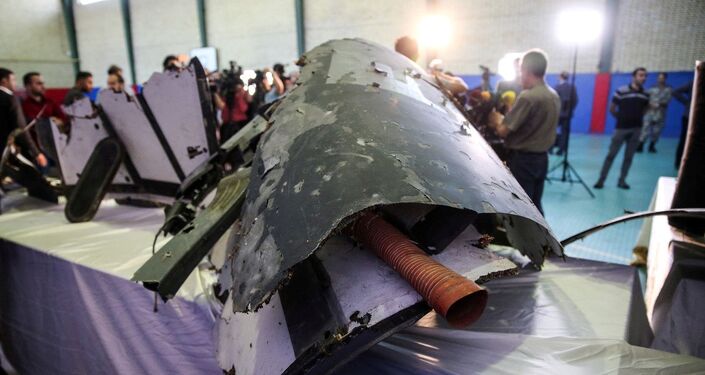 Tensions escalated recently between the US and Iran in the wake of the downing of a US spy drone by the Islamic Revolutionary Guard Corps, with Tehran claiming it had been in violation of Iran airspace.

US President Donald Trump initially approved a military operation, stating Iran had made "a very big mistake", but subsequently scaled down his response.

The volatile incident followed a spate of recent attacks on oil tankers in the Persian Gulf region that the United States blamed on Iran, with Tehran rejecting the allegations.

Relations between Washington and Tehran plummeted after US President Donald Trump’s administration withdrew from the 2015 nuclear deal in May 2018, under the pretext that it had failed to curb Iran's ballistic missile programme.

Trump Says 'No Rush' Regarding Tensions With Iran, Expresses Hope For Positive Outcome