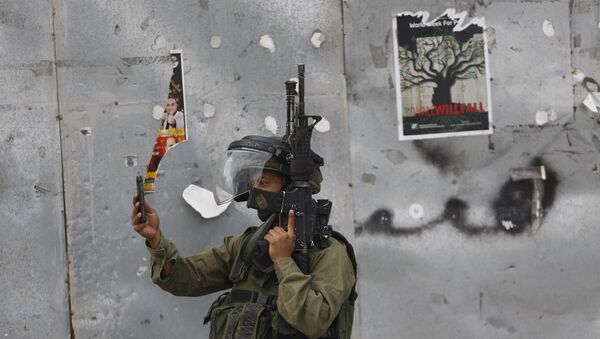 An Israel Defence Forces spokesperson has told Ynet News that Hamas cyberwarfare operatives have been contacting Israeli troops on WhatsApp, posing as fellow soldiers and trying to gather information on things like troop movements, locations, and deployment dates.

According to the outlet, a paratrooper stationed along the volatile border with Gaza recently received a text message from an unknown source requesting information about upcoming brigade-level exercises, as well as info about when troops would be rotated.

The soldier reportedly alerted his commanders about the suspected breach, with the IDF starting a probe about how Hamas might have gotten its hands on the secret information, including the soldier's phone number.

A military spokesperson said the IDF was "aware of the enemy's activity" and were "following its efforts over social media." The spokesperson called on all military and civilian personnel to "act carefully and responsibly."

Hamas has been accused of using fake dating apps, Facebook, Instagram and other popular online tools to try to gather information from IDF troops, both active duty and reservists, since at least 2017, when the military first uncovered one of the group's honeypot schemes.

According to Israeli media, the schemes worked like this: Hamas operatives would create fake Facebook profiles posing as attractive young women, catch an unsuspecting Israeli soldier, take the relationship over to WhatsApp, and then woo the soldier into downloading a fake app that would put a virus on his phone allowing militants to see the phone's location and contacts, and turn it into a recording device.

In July 2018, the IDF launched 'Operation Heartbreaker', a major campaign to try to root out Hamas efforts against its soldiers online. The military issued a series of standard security recommendations, such as not friending individuals a soldier doesn't personally know, requesting that troops only download apps from Google Play, not uploading sensitive information online, etc. Investigators discovered that about 100 soldiers had downloaded compromising fake apps with names including 'Glancelove', 'Winkchat' and 'Golden Cup', the latter promoted as a live score aid about the 2018 World Cup.

The Hamas movement, which has been in de facto control of the Gaza Strip enclave since 2007, is classified by Tel Aviv as a terrorist organisation, and has been accused of carrying out illegal attacks against Israel. Hamas rejects this status, and has justified its attacks as acts of resistance. Tensions along Gaza's border with Israel escalated in March 2018, when the territory's residents began a mass campaign dubbed the 'Great March of Return' along the border with Israel. This spring, the IDF carried out a campaign of airstrikes in the territory, while Hamas and other militants launched makeshift rockets and arson balloons into southern Israel.

A ceasefire facilitated by Egyptian mediators was signed on 6 May, although protests continue.