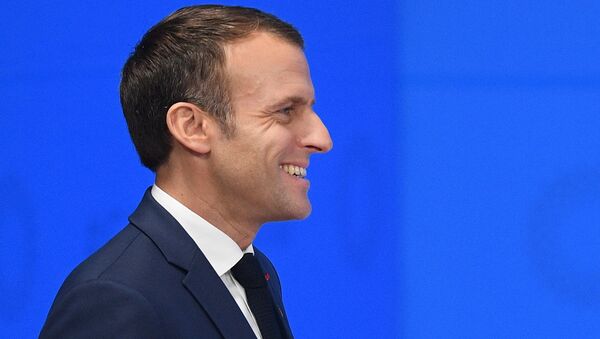 Earlier on Saturday French President Emmanuel Macron reportedly had an hour-long phone conversation with his Iranian counterpart, President Hassan Rouhani, discussing conditions for a dialogue resumption between all parties of the JCPOA agreement.

Macron warned Rouhani that the former was extremely concerned by any further weakening of the Iran nuclear deal, officially known as the Joint Comprehensive Plan of Action (JCPOA), and that that consequences would follow, according to Reuters.

"The president recalled his deep concern in the face of the risk of a new weakening of the 2015 nuclear accord, and the consequences that would necessarily follow," a statement from the French presidency said.

According to a previous statement from the French president's office, Macron vowed to keep talking with Iranian authorities and other parties involved in the Iran nuclear deal.

The French president argued that he had reached an agreement with Rouhani "to explore by 15 July conditions to resume dialogue between the parties."

In May, Iran announced that the country had partly suspended its obligations under the nuclear deal, giving the other JCPOA signatories 60 days — until July 7 — to save the accord by finding a way to protect Iran from the affects of US sanctions.

Iran has also warned that the country would start enriching uranium above the 3.67 percent threshold provided for by the JCPOA, starting 7 July, if Tehran's conditions were not met.

The JCPOA was negotiated in 2015, during the administration of US President Barack Obama. It was signed by the US, 3 EU countries and the EU itself, China, Russia and Iran.