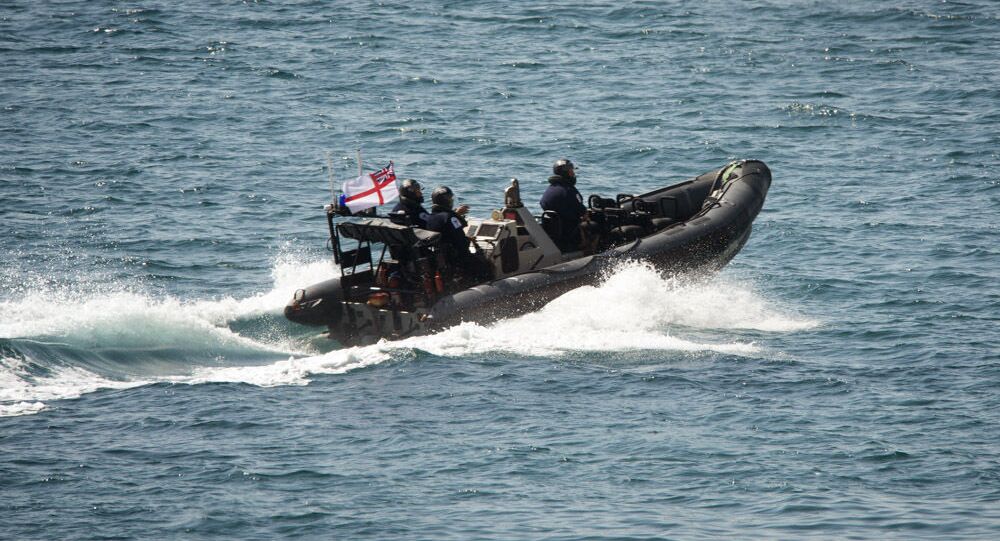 Earlier, a contingent of Gibraltar-based UK Royal Marines seized a supertanker reportedly carrying Iranian crude oil to a refinery in Syria, with London claiming the seizure was aimed at enforcing EU sanctions against Damascus. Tehran blasted the move, calling it "a form of piracy."

Senior Iranian cleric Mohammad Ali Mousavi Jazayeri has warned that the UK should prepare to face consequences for Thursday's seizure of the Grace 1 oil tanker off the coast of Gibraltar.

"I am openly saying that Britain should be scared of Iran's retaliatory measures over the illegal seizure of the Iranian oil tanker," Jazyeri, a member of the influential Assembly of Experts which has the power to appoint and dismiss the supreme leader, said, the Fars News Agency has reported.

"We have shown that we will never remain silent against bullying…As we gave a staunch response to the American drone, the appropriate response to this illegal capture [of the tanker] will be given by Iran as well," the cleric added, without offering any more details.

Earlier on Saturday, Tehran dismissed "fabricated" reports about the seizure of a British oil tanker in the Persian Gulf amid media reports that a British-flagged supertanker, the Pacific Voyage, had stopped in the Gulf without explanation.

Current position of the British-flagged, Japanese-owned supertanker Pacific Voyage in the Persian Gulf. Its destination, the Saudi port of Ras Tanura, is just north of Damman. Current AIS-status is 'Not under command'. Could be an engine failure or lots of other things. pic.twitter.com/bGgHj9IFKw

On Friday, Mohsen Rezaee, a former senior officer in the Islamic Revolutionary Guard Corps, warned that Iran could retaliate by seizing a British oil tanker unless the Grace 1 was immediately released.

Iran's foreign ministry summoned the UK's ambassador to Iran on Thursday over the seized tanker, with Prime Minister Theresa May's office praising the Royal Marines' actions and saying the seizure sent a 'clear message' that London would not tolerate the violation of EU sanctions against Syria.

Tehran has described the incident as "a form of piracy" and accused London of parroting "the hostile policies of the US." Trump National Security Adviser John Bolton praised the UK authorities' decision, calling it "excellent news" and saying "America and our allies will continue to prevent regimes in Tehran and Damascus from profiting off this illicit [oil] trade." Moscow condemned the incident, saying it "contradicts" the leading EU states' commitment to saving the 2015 nuclear deal with Iran.

Gibraltar's Supreme Court extended the detention of the tanker for two weeks on Friday, citing EU sanctions against Syria.

The Spanish government issued a formal protest over the tanker seizure, citing the UK's incursion into Spanish territorial waters, as it does not recognise UK jurisdiction over the waters around Gibraltar.

The Grace 1 is a supertanker with a 300,000-tonne carrying capacity. According to UK officials, the vessel's 28-member crew includes Indian, Pakistani and Ukrainian nationals, who remain aboard the detained vessel.