One Size Fits All: Sweden Comes Up With World's First Sex Toy Standard 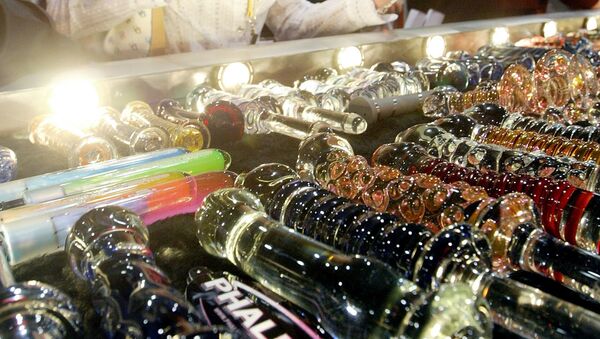 © AFP 2021 / Justin Sullivan
Subscribe
With increased worldwide use of sex toys, the number of incidents resulting in damage and trauma also increases. Unified design features, material aspects and consumer information will remedy this problem, according to Swedish bureaucrats.

The Swedish Institute for Standards (SIS) has submitted the world's first proposal for design and safety requirements for sex toys.

The work on standardisation of sex toys intended to improve their quality and safety commenced last autumn. Now, the Swedish proposal is ready and is set for debate and vote by 164 member states of the International Organisation for Standardisation (ISO).

“SIS and the Swedish initiators hope that the time is ripe for this project and that as many as possible want to be involved in the work, which will now hopefully continue at the international level, so that the standard becomes a useful tool for quality and safety worldwide”, SIS project manager Anna Sjögren said in a statement.

According to SIS, the increased worldwide use of sex toys leads to an elevated number of incidents resulting in damage. The new standard proposal is therefore intended to contribute to reducing the number of injuries by getting manufacturers around the world to agree on requirements to be based on design features, material aspects, and consumer information.

“Sex toys are produced, sold and used worldwide, but so far there has been no standard or other type of regulation for this product type. Without a clear standard, it is very difficult for manufacturers, retailers and consumers to know if a product is safe and when things go wrong, difficult cases for health care are created to handle”, Anna Sjögren explained.

Today, there are no standards that directly regulate the design or quality of sex toys, either in Sweden or internationally. If the product has a battery, it falls under the EU low voltage directive, which doesn't make demands on the design or risk analysis. Today, manufacturers use self-composed test methods, which is why requirements vary greatly.

A 2017 survey identified Sweden as the second-most “sex toy happy” nation after only their Scandinavian neighbours, the Danes, at 115 and 118 yearly sex toy-related searches per 1,000 users. The Swedes and the Danes are followed by Greenland, the US, and the UK .

ISO's decision is due on 10 August at the latest.