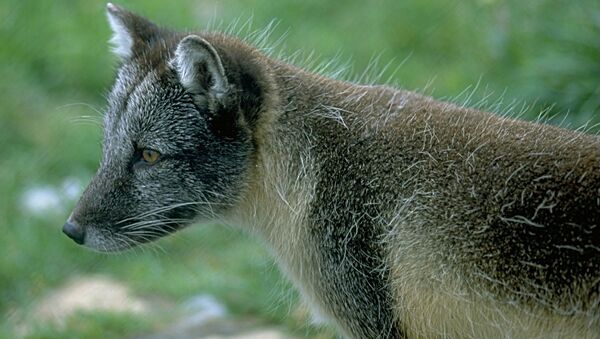 A female blue fox crossed the Atlantic in a matter of two months, showing a record speed of up to 150 kilometres a day along the way.

An arctic fox has amazed researchers at the Norwegian Polar Institute by walking more than 3,500 kilometres (2,000 miles) from Norway to Canada in just 76 days, Norwegian broadcaster NRK reported.

Fitted with a tracking device, the animal left Spitsbergen in Norway’s Svalbard archipelago on 26 March 2018. After 21 days and 1,512 km out on the sea ice, it landed in Greenland on 16 April 2018. Its journey continued to Ellesmere Island in Canada, where it arrived on 1 July.

​We couldn't believe it was true”, said researcher Eva Fuglei, who tracked the female fox.

According to the Norwegian Polar Institute, this is one of the longest journeys ever recorded. In fact, it was so long that researchers even questioned whether the fox’s collar could have been removed and taken on board a boat.

The collar transmitted data each day for a three-hour period. Moving across sea ice and glaciers, the fox moved at an average of 46.3 kilometres per day and on one day travelled a whopping 155 kilometres in northern Greenland.

“This is, to our knowledge, the fastest movement rate ever recorded for this species”, Fuglei said in the paper, adding that it was the first time they have documented in detail the migration of the species between continents and ecosystems in the Arctic.

“In the summer, there is enough food, but in the winter it becomes difficult. This is when the arctic fox often moves to other geographical areas to find enough food to survive. But this fox went much longer than what we have seen before”, Fuglei explained.

The fox was tracked from an area where it would have survived on “marine food resources”, including marine birds. Having settled on Ellesmere Island, it effectively switched ecosystems and started predominantly living off lemmings.

The ultimate goal of the fox, however, remained unknown – its GPS tracker stopped working in February this year.

The arctic blue fox is a robust animal that can survive brutal freezing temperatures as low as minus 50 Celsius. In order to handle the cold, the animals are “equipped” with fur-covered paw soles, short ears and a short muzzle to help them manage cold climates.

In winter, food for the blue fox is scarce and they often follow larger predators, like polar bears, to eat their leftovers. They live on average for three to six years in the wild and weigh up to 7.5 kilograms.