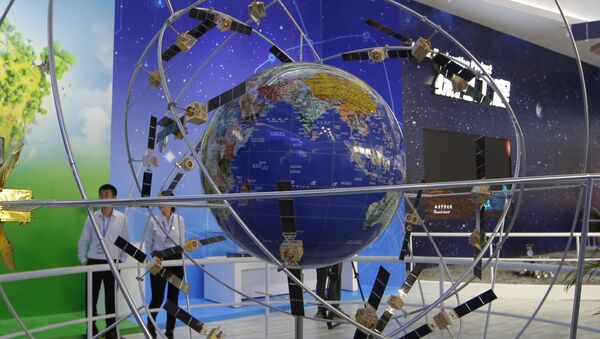 © AP Photo / Kin Cheung
Subscribe
The satellites, which will reportedly include Yaogan-class remote sensing vehicles and named after the Leo constellation, are expected to be equipped with a self-piloting system.

“It is safe to say that the satellites still remain remotely controlled devices, that is, they do not have the autopilot function. It is expected that the developers will equip the [new Leo satellite] system such capacity”, the news outlet cited sources as saying.

The Leo satellites, which will reportedly consist of Yaogan-class remote sensing vehicles, are specifically designed for environmental monitoring, disaster prevention, and traffic management.

In addition, the vehicles will automatically control the motion of the spacecraft and, if necessary, correct it.
Artificial intelligence technology will process images made the Leo satellites equipped multiple resolution sensors. This will help scrap poor quality images and deliver only useful data back to earth, according to CCTV.

Launching of the satellites is expected to happen with the help of the Chinese Julang-1 booster designed for commercial launches.

The rocket is capable of putting one or several satellites weighing up to 150 kilogrammes (330 pounds) into orbit at an altitude of 600 kilometres (372 miles). Developers earlier said that the approximate cost of one launch of the Julong-1 will be about 25 million yuan ($3.63 million).

In a sign of further developing its space exploration programme, China carried out its first-ever successful launch of the Chang Zheng 11 carrier rocket with seven spacecraft on board from a floating launch platform last month. In January, China reported that it had successfully landed a robotic spacecraft on the far side of the Moon.