BEIJING (Sputnik) - China on 22 December successfully launched the first satellite of its Hongyun project, which seeks to create a network of communication satellites on the low Earth orbit in order to provide stable internet connection to the country's remote regions, the state-owned China Aerospace Science and Industry Corporation (CASIC) said.

The satellite was launched atop the Long March-11 rocket at 07:51 a.m. on 22 December [23:51 GMT on 21 December] from the Jiuquan Satellite Launch Center in the northwest of the country. The satellite successfully reached the preset orbit after the launch.

As part of its Hongyun project, China plans to bring 156 communication satellites to the low Earth orbit by 2025. 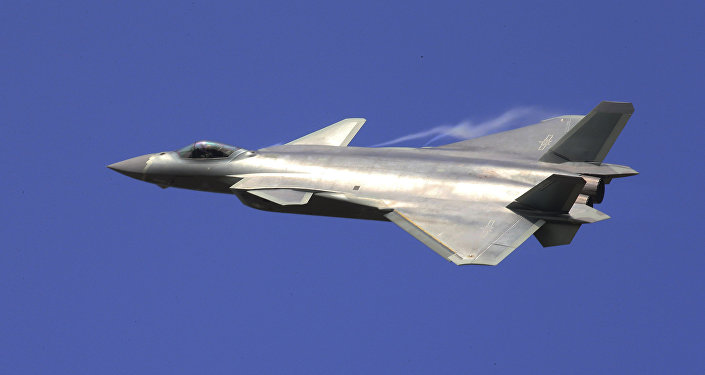 © AP Photo / Li Gang/Xinhua
Has China's J-20 Stealth Fighter Been Spotted at a US Airbase? (PHOTO)
Chinese engineers have reportedly developed two models of the satellite — the basic and advanced ones. The payload of the advanced model can reach up to 600 kilograms (1,322 pounds), while the basic model can carry up to 500 kilograms.

In 1975, China successfully launched and returned its first recoverable satellite, becoming the third country in the world after the Soviet Union and the United States to do so.

‘This Will Change Almost Everything’: China Developing New Sub-Killing Satellite