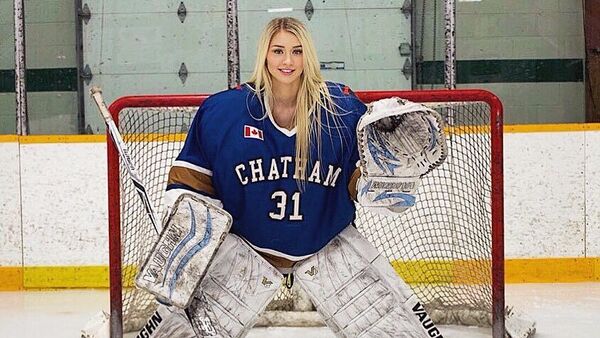 Demaiter has already managed to amass a substantial online following, offering quite a few snapshots of both her hockey exploits and her bikini-clad body to the audience.

Mikayla Demaiter, a 19-year old lady from Canada who played as a goalie for the Bluewater Hawks in the Provincial Women's Hockey League, has now apparently turned her attention to other, less athletic pursuits, by making a foray into the world of social media.

Touted by the Sun as "world’s sexiest ice hockey goalkeeper", Demaiter has already amassed about 135,000 followers on Instagram, conquering the online crowd with her fabulous good looks and revealing bikini shots.

And while her account also contains a number of photos of Mikayla in the rink, the newspaper points out that they don’t seem to accrue as many "likes" as her other pictures.