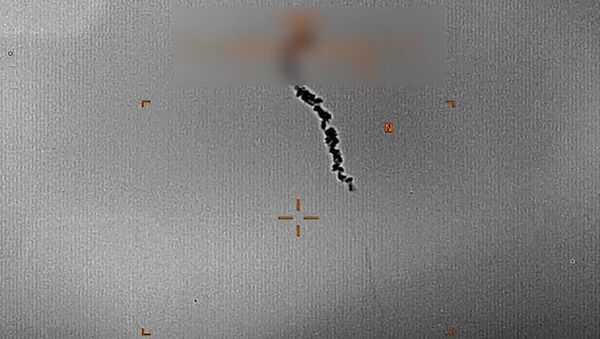 MOSCOW (Sputnik) - Iran's recent downing of a US drone as well as the United States' reinforced military presence in the region are an attempt by the latter to pressure the Middle Eastern nation into starting negotiations, Iranian Defense Minister Brig. Gen. Amir Hatami said on Thursday.

"The United States, through its provocative actions, including sending its reconnaissance drone to Iran, as well as troops and military equipment to the region, continues its psychological warfare and tries to exert maximum possible pressure on Iran through the media as part of the 'pressure-negotiations' strategy," the minister told the Iranian Labour News Agency.

The Iranian Islamic Revolutionary Guard Corps (IRGC) said on Wednesday that it had downed a US Northrop Grumman RQ-4 Global Hawk surveillance drone flying over the coastal Hormozgan province because it had violated the country's airspace. The US Central Command has, in turn, said that its naval drone was shot down while operating over international waters of the Strait of Hormuz.

Earlier in the month, the United States boosted its military presence in the Persian Gulf in what US National Security Adviser John Bolton said was "a clear and unmistakable signal to the Iranian regime that any attack on the interests of the United States or [its] allies will be met with ruthless force."

At the same time, US President Donald Trump has said that he hoped to avoid a war with Iran. Iranian Supreme Leader Ayatollah Ali Khamenei also said that Iran does not intend to wage war with the United States but will continue to resist its pressure.

Over the last year, the relationship between the United States and Iran has suffered numerous blows. It started when US authorities imposed tough sanctions against key areas of the Iranian economy in order to “change the behaviour” of the Islamic republic. The US also declared the IRGC a terrorist organization, to which Iran responded by recognising the US Central Command as a terrorist group and the United States itself as a "state sponsor of terrorism."