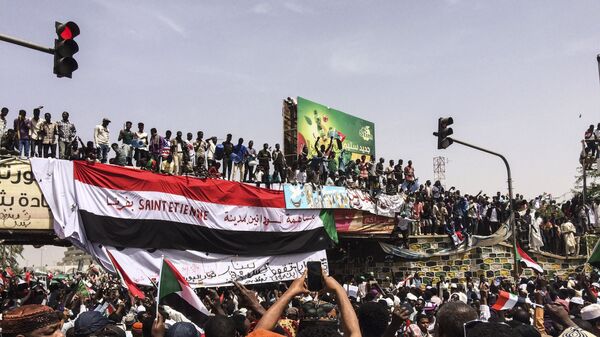 © AP Photo / Anonymous
Subscribe
Abdel Fattah Abdelrahman Burhan, the head of the Sudanese Transitional Military Council (TMC), in a televised address to the nation, following deadly violence in the capital Khartoum, has called for a general election to be held within the next nine months.

Military Police Open Fire on Protesters in Sudan's Capital - Correspondent
Earlier on Monday, the opposition had ceased negotiations with the TMC and started a civil disobedience action, accusing the junta of dispersing peaceful demonstrators. The opposition also called on the Sudanese people to take to the streets to urge the military to give up power.