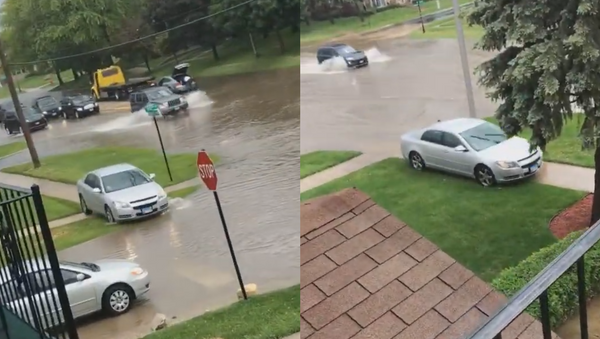 Desperate times apparently called for desperate measures for one Chicago driver on Monday.

Severe and abrupt storms in the area brought high winds and heavy rain that flooded streets in several suburbs, according to CBS Chicago. With little time to prepare for the weather's onslaught, some drivers, such as the one seen in this Viral Hog upload, had to find ways to prevent their engines from flooding.

"I was on my balcony looking out at the crazy Chicago weather when, all of a sudden, a bold individual decided to drive across on my front lawn!" the homeowner told Viral Hog.

It's unclear if the Chi-Town resident plans on billing the "bold individual."