Young Couple EXECUTED in S. Africa Amid Spike in Attacks on White Farmers 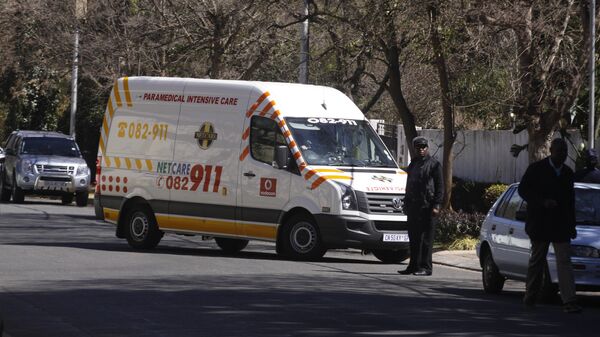 A young white couple have been shot and killed in broad daylight by unknown assailants in South Africa after their car ran out of diesel, in what police suspect was a racist attack.

The double murder of 19-year-old Johanco Fleischman and his girlfriend Jessica Kuhn, 23, took place on Sunday near the town of Benoni in Gauteng Province, about 20 miles (32 kilometres) east of the capital Johannesburg.

“In condemning these cold-blooded murders we assure the family that all possible leads are being followed to trace the killers. The tracking teams will work around the clock until the killers are brought to justice”, Gauteng Police spokesman Lieutenant Colonel Lungelo Dlamini said.

The murder comes after a 40-year-old man was detained by police in South Africa on suspicion of brutally murdering 51-year-old farm attack activist Annette Kennealy.

Shortly before she was killed, Kennealy shared a link on her Facebook page to an article about a reported increase in attacks on white South African farmers.

Earlier, a survey released by the Afriforum group revealed that attacks on white farmers in South Africa skyrocketed by 25 per cent in 2018, with assailants using electric drills, blowtorches and bleach against some victims.

Africa
In South Africa White Farmers Reportedly Arm Themselves Amid New Murders,Attacks
Afriforum spokesman Ernst Roets specifically pointed to a “racial element” in the attacks, adding that a total of 433 incidents took place last year, up from 342 in 2017. He described the developments as a “serious crisis”, which he predicted is “only going to get worse”.

Roets' remarks come after reports in December that white South African farmers could be forced to give up their own homes in line with the constitutional go-ahead for land expropriation without compensation.

Earlier, South African President Cyril Ramaphosa pledged that the country's ruling African National Congress will "finalise a proposed amendment" to the constitution in a measure which he described as "critically important" to the country's economy.