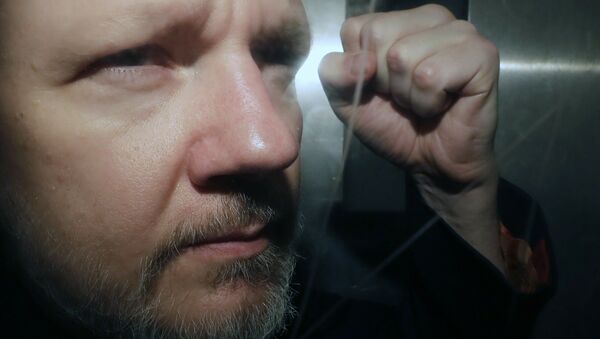 “A federal grand jury returned an 18-count superseding indictment today charging Julian P. Assange, 47, the founder of WikiLeaks, with offenses that relate to Assange’s alleged role in one of the largest compromises of classified information in the history of the United States", the release said on Thursday.

Journalist on New Assange Charges: It’s Not Our Job to Protect State Secrets
The UK authorities arrested Assange in London on 11 April, after seven years of refuge inside the Ecuadorian embassy amidst rape allegations following his visit to Sweden in 2010. Assange has vehemently denied all those allegations against him.

On 1 May, a London court sentenced Assange to 50 weeks in prison for breaching bail by seeking refuge in the Ecuadorian embassy.

The United States had been seeking Assange's extradition on charges of conspiracy to commit computer intrusion and engaging in the compromise of classified information.

However, WikiLeaks said in April that it suspected the United States might be building an espionage case against Assange.