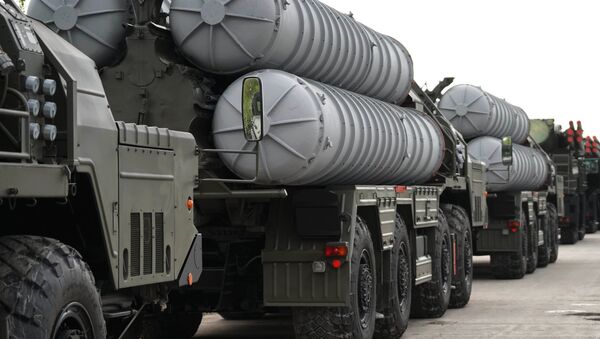 "Turkey's deployment of this system could trigger US sanctions, which would run counter to Turkish and NATO interests. In this regard, the German government would welcome a revision of Turkey's decision, in light of its transatlantic posture", Seibert said at a daily briefing.

France Wants to Deploy Air Defence System in Turkey Amid S-400 Spat
Turkey has repeatedly denied calls to cancel S-400 shipments, due as early as July, saying it is a done deal. Kremlin spokesman Dmitry Peskov responded to the US ultimatum for Ankara on Wednesday by calling it unacceptable.

Earlier in the day, Turkish Defenсe Minister Hulusi Akar said that a group of Turkish military personnel had arrived in Russia to learn operating the air defence systems despite numerous US threats.

Turkey has until June to abandon the agreement, according to CNBC sources, or else it will face US sanctions for importing military technology from Russia. Washington has argued that S-400s are not compatible with NATO systems.

READ MORE: US Requests Turkey Pull Out of S-400 Deal With Russia by June — Reports

Washington has threatened Ankara with sanctions for its planned acquisition of S-400s and has repeatedly said it may delay or cancel the process of selling its F-35 aircraft to Turkey. Ankara, in its turn, has said that purchase of military equipment is its sovereign affair and has ruled out the possibility of abandoning its plans.