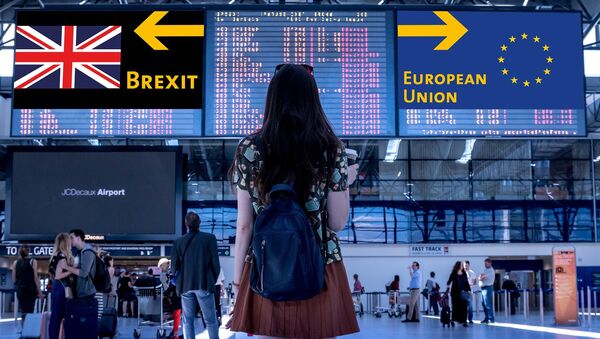 After six weeks of negotiations on Brexit between Prime Minister Theresa May and the Labour Party, the opposition has withdrawn from the talks, with Jeremy Corbyn stating he has no confidence in the government securing any viable deal at all.

At the same time, May is planning to put forward a Withdrawal Agreement Bill, which implements the terms of Britain’s departure, in the week beginning 3 June.

Sputnik: Were the Brexit talks between Labour and the Conservatives ever going to be successful?

READ MORE: Being Rude About Brexiteers is Not the Way for Remainers to Win Friends

Sputnik: How do you see Brexit negotiations panning out in the coming months?

Donald MacKay: I think that the establishment of the country will do everything in their power to make sure that Brexit is called off completely; probably by telling us that WTO rules or no deal would be disastrous, but they may get a shock if UKIP or other parties do well in the European elections, which could force the collapse of the government.

Nigel Farage’s Brexit Party Would Hammer Tories in General Election - New Poll
Then you'd end up with a general election, and then it's all to play for, but certainly, if the Conservative government are left to their own devices it's my firm belief that they will do what they can ultimately to see Brexit cancelled, even though they are pretending otherwise.

They may split; it's a distinct possibility, but the government as it stands will certainly not wish to see Brexit happen and not a real Brexit anyway.

READ MORE: Tories Split As May Faces Coup Amid Struggle to Pass Brexit Deal Through Parl't

Sputnik: Are the Conservatives as a political party finished following their failure to deliver Brexit?

Donald MacKay: I don't see the change of leader making any difference, because the person who is elected leader will not be an out and out Brexiteer.

They may attempt to give the impression that they are; but the Conservative Party is a pro-European party, and I suspect it always will be, it represents big business, and big business likes Europe, and it's as simple as that.

Views and opinions, expressed in the article are those of Donald MacKay and do not necessarily reflect those of Sputnik.