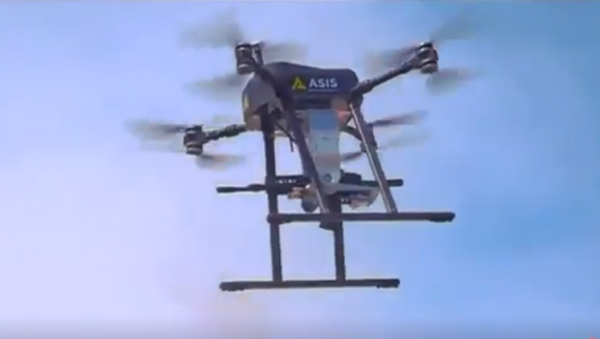 Video footage of the drone, which appears to be dubbed SONGAR, released on the manufacturer's official Twitter page Wednesday shows a rifle-like weapon attached to the drone firing at various targets.

​"SONGAR, the first national automatic firing stabilized #ArmedDroneSystem developed for day and night use in every operation for military and security purposes, will be at #IDEF19 on April 30 — May 3. Meet ASİSGUARD, defense structure of ASİS, at our stand: Hall 3 — 318A," the caption accompanying the tweet states.

Although brand new, the technology has already generated mixed reviews.

​"Congratulations… It is considered that this system is compatible with artificial intelligence," one Twitter user commented, while another retweeted the drone footage with the caption, "We are doomed. A Turkish company placed an automatic weapon on a remotely controlled small drone. Scary."