Armed Woman Threatening to Blow Up Church Detained in California 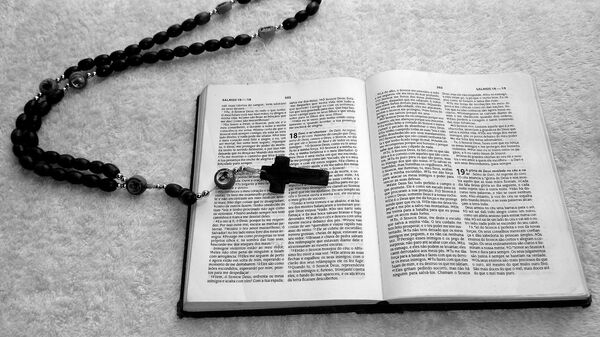 In the wake of the deadly attacks that hit churches and hotels in Sri Lanka, a woman, holding a handgun and a baby, reportedly entered a building in San Diego where worshippers of a non-denominational church had gathered. The congregation’s members, however, later managed to tackle her.

Worshippers pried away the handgun and took the baby from the woman, who entered their church on Sunday in the wake of the Sri Lanka attacks and threatened to blow the building up, and tackled her. Police arrived within two minutes of the incident and subsequently took her into custody.

The woman in her 30s entered a local auditorium, leased by the non-denominational Church Tsidkenu for services, carrying a baby and a handgun, San Diego police revealed. She went onstage waving the gun and making threats that she was going to blow up the building. One worshipper described her threats as "kind of delusional”, CNN reports. After she was disarmed and detained, a police officer examined the church, its premises and the woman’s car with a bomb-sniffing dog, which found nothing. The gun turned out to be unloaded, according to the police.

​Authorities also found her other child, a 5-year-old daughter, "healthy and unhurt”, taking the girl and the 10-month-old baby into protective custody. Charges against their mother will include making criminal threats and displaying a gun in a threatening manner.

The incident occurred amid tightened security measures over the deadly attacks on hotels and churches in Sri Lanka that took the lives of more than 200 people. Extra patrols have been sent to houses of worship, a local chief of police announced on Twitter.

We are monitoring the situation in Sri Lanka and communicating with our local, state and federal partners. At this time, there is nothing to indicate a connection to San Diego. However, in an abundance of caution, you will see extra patrols at houses of worship.