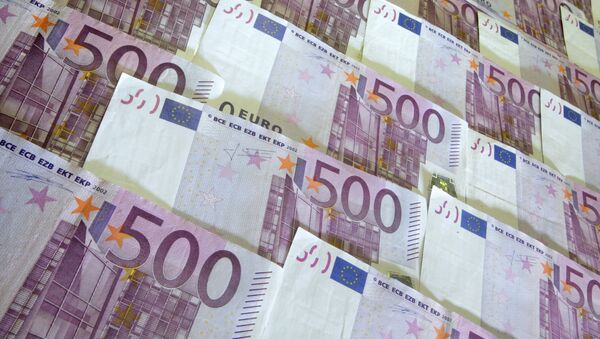 © RIA Novosti . Mikhail Kutuzov
/
Go to the mediabank
Subscribe
International
India
Africa
Not only did the three fraudsters pose as French Foreign Minister Jean-Yves Le Drian, but they also constructed an exact replica of his Paris' Quay d'Orsay office at an unknown location in Israel, media say.

READ MORE: Not Exactly a Con Job: Norwegian YouTuber Coughs Up $400 for a Haircut in India

The suspects were arrested in February after allegedly being caught making a call to the victim in a suburb of Tel Aviv while posing as Le Drian or his chief of staff to cajole money out of the man's pockets.

"They called, sent mails and sometimes used the video call application Skype to pretend to be the minister himself", a source close to the investigation told Le Parisien, adding that the operation ended up being successful thanks to fruitful cooperation between Israel and France.

The scam kicked off in September 2018 when the alleged conmen began calling company chiefs from France’s stock exchange, the CAC 40, claiming they needed funds for cover operations and ransom money to release hostages held in Mali and Syria. In total, the fraudsters reached out to 40 executives, as well as several embassies and consulates.

Con Artist Swindles Hollywood Hopefuls by Claiming to be Bigwig Producer
According to Ynet, the swindlers built an exact replica of Le Drian’s office at the Quai d’Orsay at an unknown location in Israel, having managed to find matching furniture, a tricolour flag of the Republic and a picture of French President Emmanuel Macron, hanging on the wall, among other things.

The Israeli media outlet also reported that one suspect is thought to have used a makeup expert to disguise himself as Le Drian, while another passed himself off as the minister’s chief of staff, for video calls with several French security companies.

The imposters reportedly asked those targeted to keep the contact secret to avoid implicating and embarrassing the French government.

"Most of those contacted did not reply, because it wasn’t quite the usual method used in the diplomatic and business worlds. A number had already heard of a previous attempt at fraud using Le Drian", Le Parisien cited a source close to the investigation as saying.

Still, one businessman fell for the scam and reportedly paid €8 million before realising he had been duped and contacting police. Investigators managed to uncover a network of banking operations from eastern Europe to China, but were unable to track them for months.

"The money went through a European account before it was sent to another in China. After some 'compensation' was paid, some of it returned to Israel. In general, money-laundering specialists are different from the fraudsters [and] keep a 25% commission", a fraud specialist told Le Parisien newspaper.

Upon learning that the suspects had approached a new victim who was ready to donate €2 million, the police reportedly decided to accompany the businesswoman to a meeting, which eventually allowed officers to identify and track them.

The three men have denied any involvement in the fraud, while investigators said they had seized a yacht in Tel Aviv marina and had frozen their property assets.