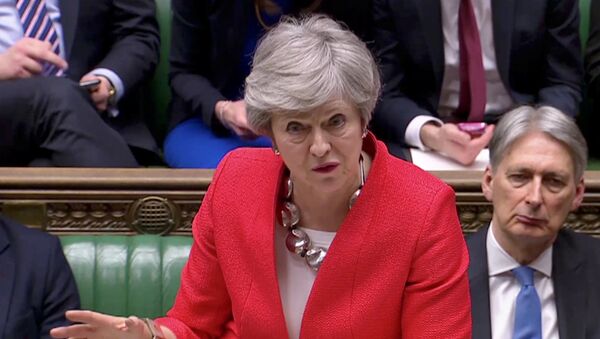 MOSCOW (Sputnik) - A short extension to the March 29 Brexit deadline will give UK lawmakers extra time to make a final decision that falls in line with the results of the 2016 EU membership referendum, UK Prime Minister Theresa May said on Thursday.

"A short extension of Article 50 to the end of June, as I said yesterday, is a matter of personal regret to me. But a short extension would give parliament the time to make a final choice that delivers on the results of the referendum," May said ahead of the EU summit in Brussels.

She added that although the United Kingdom was leaving the European Union, it "will continue to have shared interests" with the bloc, in particular, shared security and prosperity interests.

The day before, the Prime Minister wrote to European Council President Donald Tusk, requesting a Brexit extension until June 30. Tusk, for his part, said that a short Brexit extension was possible but conditional on a favourable vote on the withdrawal deal in the lower house of UK parliament, the House of Commons.

In her letter to Tusk, May wrote that she planned to bring the withdrawal deal to the House of Commons for a vote as soon as possible but remarked that even if it passed, there would be no time to ratify the deal before the original March 29 deadline.

The European Council meeting will be held on Thursday and Friday, with the Brexit delay expected to be one of the key talking points.