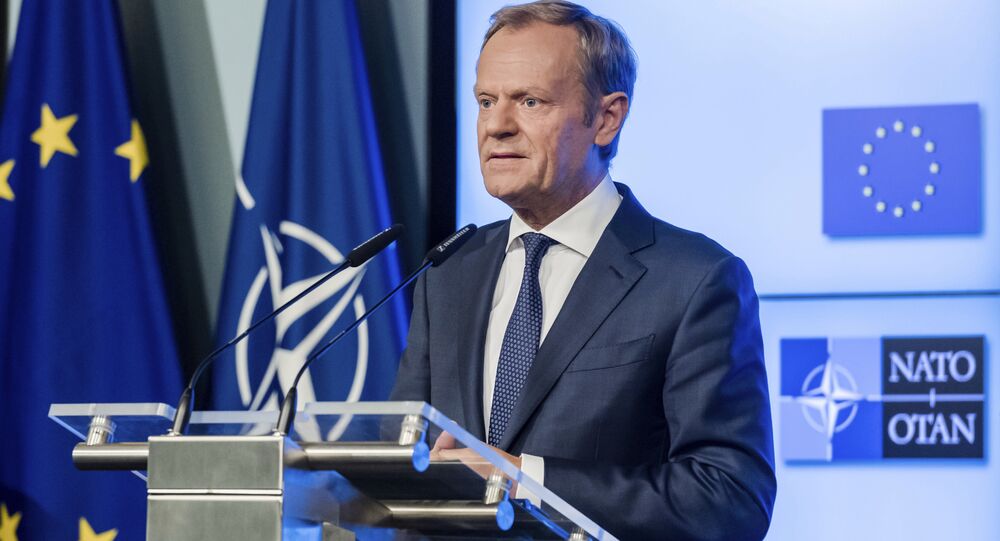 The European Council President Donald Tusk has delivered his address in the wake of UK Prime Minister Theresa May's letter to Brussels, calling on the EU to delay Brexit until 30 June.

Mr. Tusk said that a short extension to Article 50 would be possible but would be conditional on a positive vote on the Brexit deal in the UK's House of Commons.

Following a phone conversation with the UK PM on Wednesday, Donald Tusk said that her suggestion to set the date for 30 June, created a number of "legal and political questions."

"The question remains open as to the duration of such extension," Tusk said, adding that the EU27 will discuss the matter on Thursday at the European Council meeting.

The European Council President said he didn't foresee an extraordinary meeting of the EU Council, provided the EU leaders followed his recommendations on Brexit delay and the British MPs approved Theresa May's deal.

Tusk said that if the two conditions were met, an agreement between London and Brussels could finally be formalised.

"We can finalise and formalise the decision on extension in a written procedure. However, if there's such a need, I will not hesitate to invite the members of the European Council for a meeting to Brussels next week."

Even if the hope for final success may seem frail, even illusory, and although Brexit fatigue is increasingly visible and justified, we cannot give up seeking — until the very last moment — a positive solution. #euco

In the letter to Tusk released on Wednesday, British Prime Minister Theresa May wrote that she planned to bring the withdrawal deal to the House of Commons for a vote as soon as possible, but remarked that even if passed, there would be no time to ratify the deal before the original deadline of March 29.

Mrs. May will travel to Brussels on 21 March to continue Brexit deal negotiations with her European counterparts.