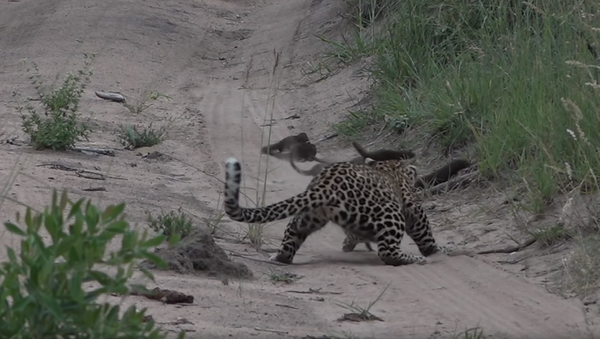 She may look grown, but Thlalamba the young leopard still has a few things to learn about fending for herself on the Sabi Sands Game Reserve in South Africa.

Thlalamba is seen cautiously crouched down, waiting for a pack of mongooses to get within striking distance. While the pack appears to have the same vigilant eye on the big cat, one mongoose, attempting to dash past the foe, pops out of the brush and is immediately pounced at by Thlalamba.

According to the employee narrating the clip, Thlalama's food fumble can be chalked up to immaturity, as she's still improving her hunting skills.