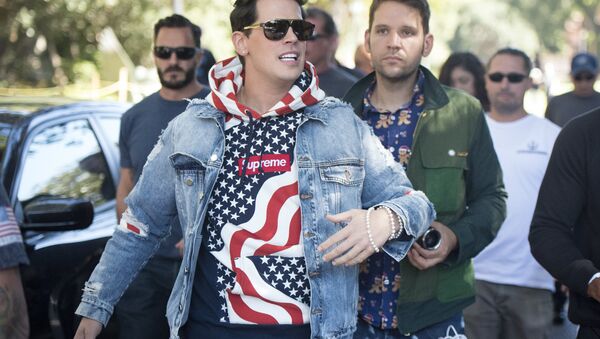 In 2013, two Australians who once attended the Al-Noor mosque were killed in a drone strike on an al-Qaeda convoy. They were reportedly radicalised by Al-Noor preachers, a claim which mosque leaders denied.

Milo Yiannopoulos, a right-wing public speaker who was denied an Australian visa the other day for his comments on the New Zealand shootings, has claimed that one of the mosques targeted on Friday had introduced worshippers to radical Islam.

"The Al-Noor mosque in Christchurch targeted by Brenton Tarrant produced at least two terrorists, from a very small congregation," Yiannopoulos wrote on Facebook.

He cited a 2014 story by news site Stuff.co.nz (now deleted, an archived copy is available here). It reported that two young Australian men, Daryl Jones and Christopher Havard, were radicalised by preachers at Al-Noor.

A mosque attendee was quoted as saying that "a visiting speaker from Indonesia talked about violent jihad and plenty shared his views", although mosque leaders denied radical teaching took place.

Daryl Jones reportedly went to Yemen to teach English, but an Islamic convert alleged that Jones had tried to recruit him to al-Qaeda in 2009. Havard was a suspect in the kidnapping of Westerners in Yemen in December 2012. Both had their Australian visas cancelled on security grounds in 2012 and were later killed in a US drone strike on a convoy of al-Qaeda fighters in Yemen; the terror group released a post-mortem propaganda video that appeared to pay tribute to the two men.

"How many news reports have you read these details in?" Yiannopoulos inquired. "If you'd known that this mosque was a terrorist factory, would it have changed your feelings about the news at all? Finally, how does it make you feel to learn that the media has been not just ignoring these facts but deleting stories to hide them over the past 24 hours?"

On Saturday, Australia's Department of Home Affairs refused to allow him to enter the country for a speaking tour over his perceived "appalling" comments on Muslims.

This decision came after the former Breitbart editor said Friday's terror attacks on the of Al-Noor Mosque and Linwood Masjid in Christchurch happened because of the establishment "pandering to and mollycoddling extremist leftism and barbaric, alien religious cultures".

The attacker was identified as Brenton Tarrant, a 28-year-old Australian man. He killed 50 people and wounded dozens of others before police officers arrested him. The Christchurch massacre became the worst in New Zealand's history.

It sparked nationwide debate on immigration and gun laws. The country's Prime Minister Jacinda Ardern pledged to change the national legislation; as things stand now, a person can legally buy firearms after obtaining a gun license, without the need for each individual firearm to be registered.