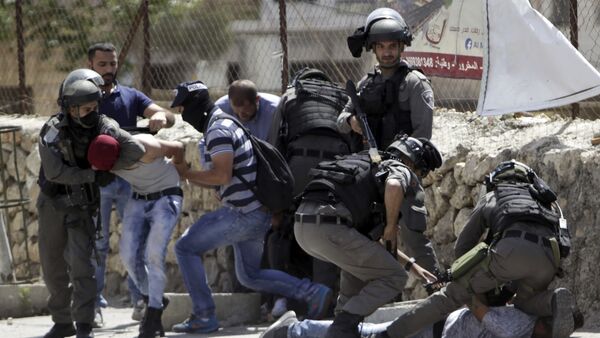 According to the Israeli military, the attack took place at the Ariel Junction.

One man was gravely wounded in a shooting at Ariel Junction in the West Bank, Haaretz reported. The attacker reportedly fled the scene.

Another incident happened at Giti Junction, west of Ariel: two people were shot. They are considered to be in serious condition.

The Israel Defence Forces are pursuing the attacker, who is still at large, according to reports.

USAID Leaves West Bank and Gaza Strip - Reports
Earlier this month, Palestinians rammed a vehicle into a group of Israeli soldiers in the West Bank, with two attackers killed and one injured in fire opened by the Israeli military.

The situation between Israel and the Palestinian Authority remains tense over a series of attacks and incidents that have taken place in recent months.