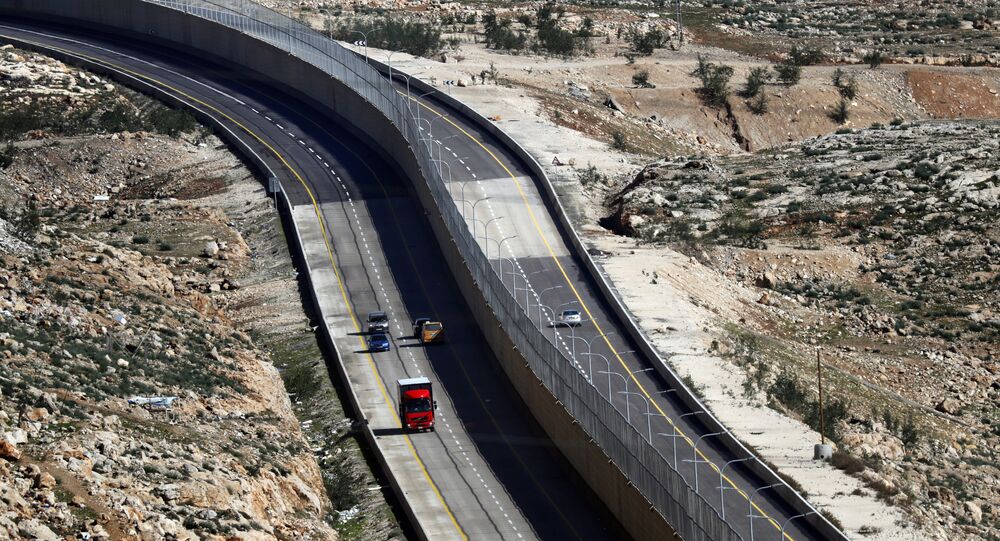 In 2002, Israel began to build a security barrier separating Jerusalem from the rest of the West Bank in an apparent bid to bolster security following the Second Intifada; Palestinians dubbed the undertaking the "apartheid road", and the unveiling of another similar project is now causing controversy.

Israeli authorities have unveiled a highway in Jerusalem which puts Palestinian drivers on one side and Jewish settlers on the other, separating them with a "high fence", according to the Haaretz newspaper.

"The western side serves Palestinians who cannot enter Jerusalem, while the eastern side is reserved for Israeli settlers", Haaretz reported.

Already dubbed by Palestinians "Apartheid Road", the road was built more than 10 years ago but remained closed due to a dispute between the Israel Defence Forces (IDF) and the country's police over who should man checkpoints along the highway.

The Palestinian Foreign Ministry, in turn, lashed out at Israel's decision to open the highway, which the ministry claimed "comes within the framework of Israel's ongoing efforts to undermine any chance of reaching a political solution".

Moreover, the ministry accused the Jewish state of imposing "an apartheid regime in occupied Palestine".

In 2002, Israel began building a security barrier separating Jerusalem from the rest of the West Bank in an bid to bolster security following the Second Intifada; Palestinians dubbed the undertaking the "apartheid road" and have repeatedly called for it to be taken down.

In 2004, The International Court of Justice issued an advisory opinion claiming that Israel’s construction of the security barrier inside occupied territory was illegal.

© AFP 2021 / MOHAMMED ABED
Israel-Palestine Conflict Cannot Be Settled by Military Means - Russian Mission
Last December, US President Donald Trump announced his decision to recognise Jerusalem as the capital of Israel and instructed the US State Department to move the US embassy from Tel Aviv to Jerusalem, drawing criticism from all over the world.

The Palestinian Authority, in turn, remains in conflict with the Israeli government, though many international powers are pushing increasingly hard to facilitate a two-state solution to the multi-year crisis.

The conflict is accompanied by frequent clashes between the two sides in the West Bank and the Gaza Strip.