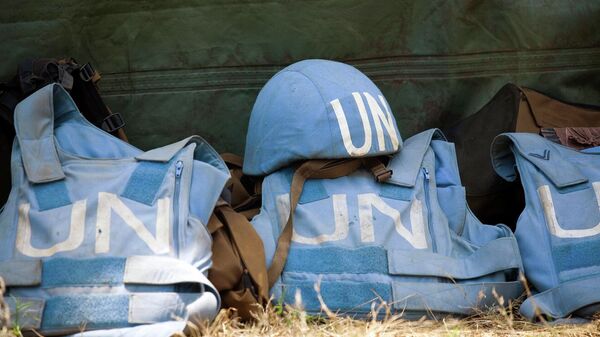 "The result of the voting is as follows: the draft resolution received 15 votes in favor, the draft resolution has been adopted unanimously as resolution 2460 of 2019", Gueguen said during a UN Security Council meeting on Friday. The document, drafted by Germany and Indonesia, prolongs the UNAMA mandate so that the mission can continue its support for peaceful reconciliation, elections, regional cooperation, reconstruction and humanitarian assistance in Afghanistan.

However, the United States expressed concern over the fact that the UNAMA’s mandate was not extended for one year as it had been done before and blamed China for the outcome.

It's Time for US to Responsibly Leave Afghanistan - Moscow
"We are deeply disappointed that the Council was not able to come to a consensus on the resolution renewing the mission's mandate for the full one year", US Deputy Representative to the United Nations Jonathan Cohen said. "China held the resolution hostage and insisted on making it about Chinese national political priorities rather than the people of Afghanistan".

Cohen said the UN Security Council had to accept the short-term technical rollover and expressed the willingness to reconvene after the six months to prolong the mandate.

China said the UN Security Council failed to come to a consensus because of the differences on the fundamental principles of extending UNAMA’s mandate.

Gorbachev: Soviet Party, People Supported Troop Withdrawal From Afghanistan
"The Council failed to reach agreement on the extension of the substantive content of the draft resolution because differences still persist", China's Ambassador to the United Nations Ma Zhaoxu said.

One of them is that one member has persistently refused to accept constructive opinions, put forward by other members, which has poisoned the atmosphere for consultations, Ma added.