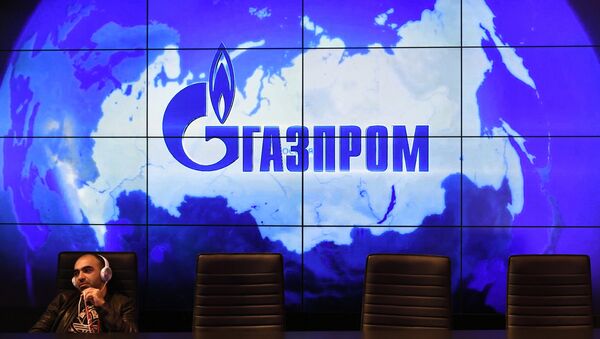 © Sputnik / Maksim Blinov
/
Go to the photo bank
Subscribe
HOUSTON (Sputnik), Anastasia Dmitrieva - Argentine and Russian companies are examining not only projects to explore oil and gas fields in the South American state, but also infrastructure ones, like the plans to construct a railway to Argentina's Vaca Muerta shale deposit, Argentine Energy Secretary Gustavo Lopetegui told Sputnik in an interview.

Last year, the Argentine authorities decided to unleash the potential of Vaca Muerta by developing a railway linking the shale deposit to the Atlantic port of Bahia Blanca.

"We are talking with Russian companies, and they are interested not only in coming to explore some oil and gas, but they are also interested in infrastructure projects like a train in Vaca Muerta. We are in conversation with them,” Lopetegui said, asked if Russian President Vladimir Putin’s recent visit to Argentina helped to find more opportunities for cooperation.

He also did not rule out the participation of Russia's energy giants Gazprom and Rosneft in future projects.

Gustavo Lopetegui noted that Argentina hopes to attract more foreign companies to boost gas output in the country, adding that the country' capacities for gas production were not commensurate with the current modest gas output.

Lopetegui revealed that Argentina currently used only 4 percent of its capacities in terms of gas production and expressed hope that the figure would only grow from year to year.

"For that expansion to happen, many more companies need to come, not only producers but service contractors. The government's role is to assure that the needed infrastructure will be there timely in an adequate condition and we are working on that. The most important issue is that we are going in the right direction. It's important to maintain this direction," Lopetegui said on the sidelines of the CERAWeek conference in Houston, Texas.

Lopetegui added that Argentina has learned lessons from the recent economic crisis in the country and is currently "doing homework," seeking to ensure the economy's sustainable growth.

"We are in a transition period. We had a big crisis last year and we have a lot of support from the international community, from practically all governments of G20 that came to our country last December [for G20 summit]. We hope that this year things will be improving, but by bit. We are doing our homework, so this time will be different and we'll have a sustainable growth," Lopetegui indicated.

In 2018, Argentina faced a harsh economic crisis, with the exchange rate of the national currency, peso, having significantly fallen against the dollar and inflation rate having surged.

In late August, Argentine President Mauricio Macri requested $50 billion package of the International Monetary Fund aid ahead of the schedule for fear that Argentina might fail to meet its debt obligations for 2019.