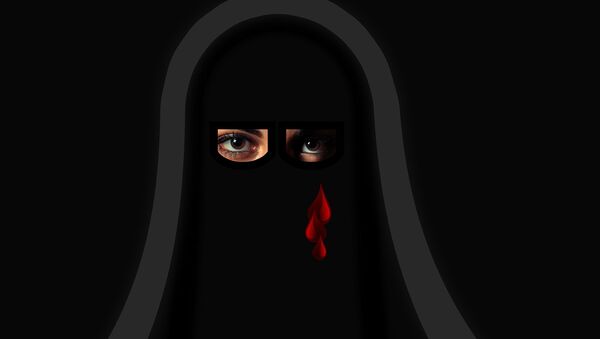 CC0 / /
Subscribe
Guards at the al-Hol refugee camp in northern Syria were left with no other choice but to resort to gunfire in order to pacify Daesh brides, who attempted to attack other women.

Foreign Daesh* women have tried to assault other female refugees, calling them “infidels” for not complying with the laws of the self-proclaimed caliphate at the displacement camp in northeast Syria.

“They yell at us that we are infidels for showing our faces. They tried to hit us. The foreigners throw stones”, a Syria woman at the al-Hol camp told the Daily Mail.

A security official said that women and their children, who are still loyal to Daesh, have made threats towards other detainees and camp personnel forcing guards to fire in the air to stop a few fights. They also once used a taser to appease a foreign female jihadist, another Syrian woman claimed.

As a result, the Syrian Kurdish authorities who control the al-Hol camp, have made a decision to cordon off the foreign women to prevent any further clashes and protect Syrian and Iraqi refugees living among them.

“We put them in a section alone to avoid them making problems with the displaced. There are some who are more extremist who don’t accept others. This is happening just among themselves, because they are separated from the Syrians and Iraqis. The situation is under control”, a camp official said.

The Daesh brides were reportedly transferred to the camp after the US-led offensive on one of the terrorist group’s last strongholds in Baghouz. Before the final assault on Baghouz, the US-backed Syrian Democratic Forces (SDF) said it had captured over 800 foreign Daesh fighters and 2,000 of their wives and kids.

000000
Popular comments
US=IS, how come they aren`t sent back home?