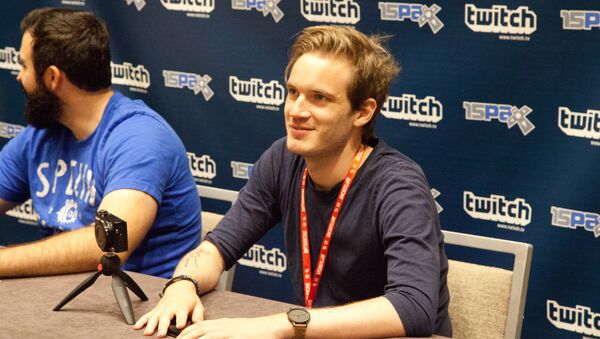 The subscriber battle is becoming a social media event in itself, with some accounts dedicated to relaying live sub counts between the two challengers for the YouTube crown.

New Delhi (Sputnik) — Appealing to nationalist fervour, Indian film production house T-Series has appealed for Indians to subscribe their channel so that they can "create history" by becoming the most-subscribed YouTube channel in the world.

The head of T-Series, Bhushan Kumar, using the hashtag #BharatWinsYouTube, appealed on Twitter, "We can make history. We can make India win. Subscribe to @TSeries."

PewDiePie's 'Last Trick Up His Sleeve' to Beat T-Series Leaves Fans Guessing
Bhushan Kumar is the son of T-Series founder Gulshan Kumar. In the video tweet, he says, "There is an Indian YouTube channel on the brink of becoming World's No.1. It has taken us a lot of effort to come this far. To take my father Mr. Gulshan Kumar's dream forward, I started this channel. Today, it belongs to you, to the entire nation. It's a historic moment for all of us. So let's come together and subscribe to T-Series YouTube channel and make India proud."

Swedish YouTuber PewDiePie is currently the king of YouTube, with his channel having 88,227,763 subscribers, while the Indian channel is just 30,000 behind his impressive count.

The non-official contest has heated up to such a frantic degree that YouTube channels dedicated to the live tally count in the subscriber war have cropped up.